The many faces on his e-canvas

Nearly 30 years of not having indulged in his childhood pastime of drawing caricatures did not deter entrepreneur T S Narayanaswamy from picking up the pencil in his later years.

CHENNAI: Nearly 30 years of not having indulged in his childhood pastime of drawing caricatures did not deter entrepreneur T S Narayanaswamy from picking up the pencil in his later years.

Having taken to sketching following in the footsteps of his uncle, Narayanaswamy has recently added a twist to his craft — by drawing them on an iPad! He will display his oeuvre through an exhibition of caricatures titled ‘Chiritiram’ in the city this weekend. 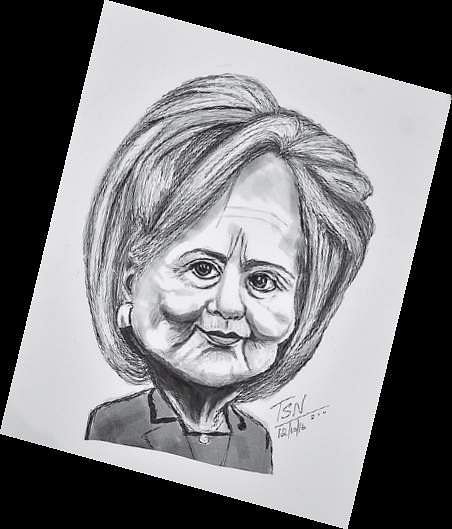 Hailing from a family of journalists, cartoonists and writers, TSN — as he is known in his social circle — first learned how to draw using chalk from his uncle, a cartoonist and editor of a prominent Tamil weekly.

“I used to make my first sketches on the floor using his material as reference when I was four or five,” recalls Narayanaswamy. “I was an active student journalist and caricaturist then, and several of the prominent cartoonists today are my contemporaries.”

But after venturing into the marketing and financial services sector as an adult, he did not find enough time to follow his ‘true calling’.

It was around two years back that he started to pick up the pencil once again — only this time he kept up with the times and took to using an electronic pencil and an iPad. “I’d carry them around at all times and start doing sketches and caricatures of famous personalities, and post them on Facebook. I received positive feedback,” he smiles. 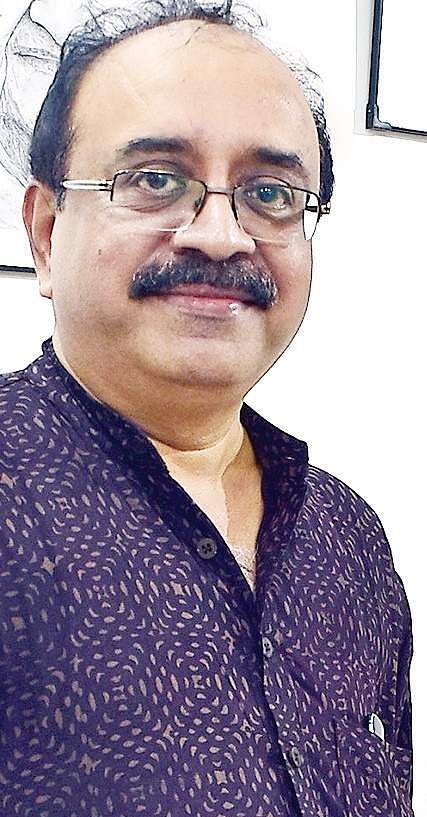 He began with sketches of religious leaders like Sathya Sai Baba, The Mother (Mira Alfassa, spiritual collaborator of Sri Aurobindo), Jaggi Vasudev and others.

“Later, I branched out into sketching famous Tamil movie actors like Rajinikanth and Kamal Hassan, and also sportspersons like Virat Kohli and M S Dhoni. I’ve done caricatures of world leaders like Barack Obama, Vladimir Putin, Angela Merkel and Donald Trump among others,” he shares.

Narayanaswamy adds that iPad has the advantage of being both handy and portable — “I can flip it and work on sketches anywhere” —apart from the fact that he is able to save all his work in one device itself. “I have close to 70-odd sketches and caricatures that are being exhibited here. I’ve done most of them on an iPad,” he chuckles.

He uses a photograph of his subject for reference in his portraits, and for caricatures, he uses mild exaggerations to make them more cartoonish.

So does he have any plans of honing his skills further?

“I am looking forward to doing bigger and better art — courtesy my trusty iPad,” he smiles. A part of the proceeds from the exhibition will be donated for charitable causes run by the Rotary Club.