Unheard voice of the asura who was half-Brahmin

From experiencing mountains and forests with an army veteran father to circumnavigating the globe as part of the merchant navy, it’s fairly obvious how Rahul Rajan gets his imagination sparked.

CHENNAI: From experiencing mountains and forests with an army veteran father to circumnavigating the globe as part of the merchant navy, it’s fairly obvious how Rahul Rajan gets his imagination sparked. An avid reader and superhero fan, his grandfather inducted him into the world of mythology, from which there was no turning back.

Writing on and off since his school days, he is now a published author with his first sci-fi mythology book — Rudrávan — The tale of cosmic power. CE chats with the author about what inspires him as a writer, his take on controversies and his upcoming works.

Did you consciously choose a fantasy-mythology genre for your first book?

It’s actually a coincidence. I’m a huge mythology fan, not just Indian but also Egyptian, Greek, Norse etc. My grandfather was one of the first persons to do a reinterpretation of Vedas in English. He introduced me to mythology when I was four and me my first copies of Amar Chithra Katha; coincidentally the first one was on Raavan (laughs). 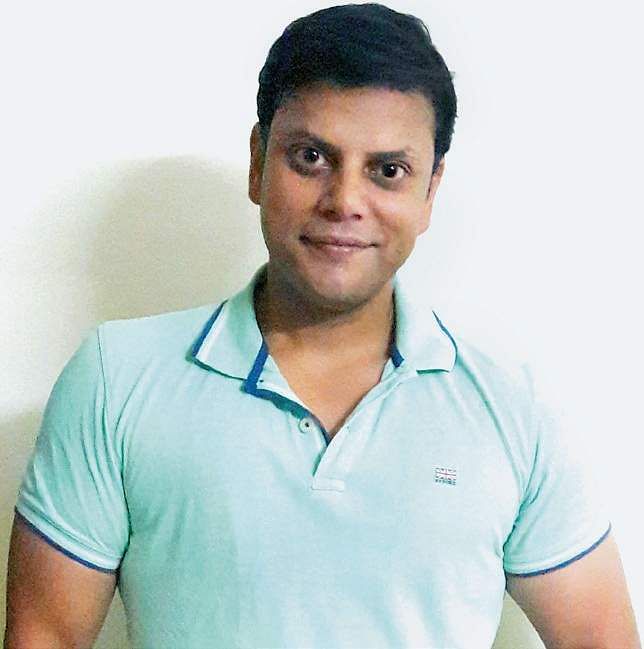 Rudrávan is a new take on the Ramayana. What inspired you to take this angle?

The Ramayana is a great story, but it’s fairly linear. I felt it just seems too convenient — everything just falls together. Why did Raavan abduct Sita? Lust. Why did he not believe that Ram was Vishnu? That was pride. Everything had simple explanations.

And also, most people know Raavan was part-Brahmin, but many don’t know he was the great grandson of Brahma himself! Yet, every bad quality is assigned to him — lust, corruption, arrogance, cruelty, etc. And that didn’t make sense to me.

I wanted a logical flow of things. The characters are amazing — you have people lifting whole mountains, Ram threatening the ocean to part — the scale and ‘epic-ness’ is not matched by any other mythology, but still there are several loopholes. So my idea was to make a logical thread connecting all of this.

How long did it take to write the book?
Honestly, it took me flat four months to finish. I was amazed at my own speed (laughs). Once I started writing, it was just flowing. I had done research and written down a sequence of bullet points, which formed a template; I only had to add dialogues, motifs, characterisations. I had practice from writing my previous book for six years (still unfinished). I had two kids, so I would work after everyone slept, from 10 pm till 2 am. A cup of coffee on the table is very important for the purpose (laughs).

How different is your book from other books of the same genre?
I tried to stay as true to the Ramayana as possible. Other mythology books make gods into humans, but in this book, there are gods, demons, and divine beings, just like mythology. All the facts from the original mythology are there, but the rationale behind it is what I have made on my own. The challenging part was, as an author, I speak for all the 20 or so characters; so a lot of times, they are all speaking in the same manner. I wanted to make sure that Raavan — his voice, the way he talks and his entire ideology — is different from that of Raman.

Do you think an international audience will relate to this book?
I feel the way I have presented my writing style is very influenced by the West because I read a lot of Tolkien and Arthur C Clarke. And I haven’t taken the readers’ knowledge of Ramayana for granted. I introduce the characters and concepts well enough for an uninitiated reader to understand and follow the story. Obviously. Indian audiences will appreciate it more. For international readers, it will be something new.

When did you start writing?
I was an avid reader and used to write in school magazines. While in the navy, I used to set aside some time for writing. But at that time, the early 90’s, you didn’t have access to a lot of research material. The internet has helped find answers to each and everything.

Favourite book?
Lord of the Rings. JRR Tolkien is like god for me. Also Arthur C Clarke’s 2001: A Space Odyssey. Michael Crichton is another one of my favourite authors.

Your next work?
I am working on a story about Krishna and Narakasura, Krishna’s greatest enemy. It’s not core mythology, but a fantasy sci-fi take. It will be out by next year. I think mythology/sci-fi/fantasy is my forte. I don’t think I will ever come out of that (laughs).

I haven’t demeaned anyone or any of the gods in any way, and not just because I wanted to steer clear of controversy, but because that was never the intent. I just wanted to make a logical flow of the events that happened. But of course, if anything does get controversial, we have the usual statement to fall back on — “It is a work of fiction” (laughs). And besides, any publicity is good publicity, so bring it on!

The book is available on Flipkart & Amazon