If you were/are a working parent, achieving the perfect balance between career and looking after children might be tricky. Sometimes, it means providing a comfortable life for your children at the exp

CHENNAI: If you were/are a working parent, achieving the perfect balance between career and looking after children might be tricky. Sometimes, it means providing a comfortable life for your children at the expense of spending less time with them. But more often than not it is a perpetual struggle for many. Brush Theatre, a South Korea-based theatre company will be staging the life of Yao, a little girl who grows up in such a household through their production Yao Yao, presented by InKo Centre in association with the Little Festival 2017. 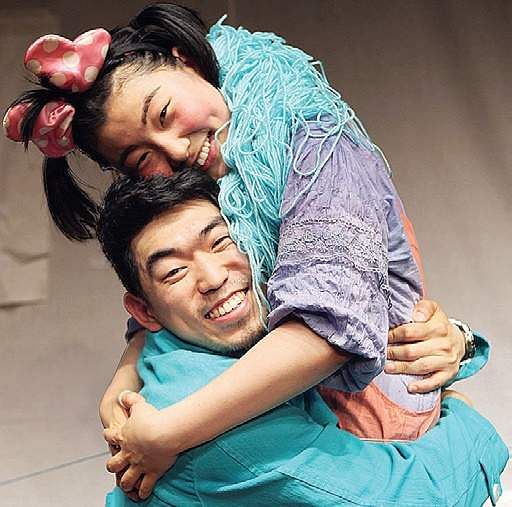 The theatre group which began three years ago won the Asian Award at the Edinburgh Fringe Festival for their first production, Brush. “The world took notice of us for the first time and that has led us today to be Brush Theatre LLC,” shares KilJun Lee, director, Brush Theatre. The group has 11 creative artistes including musicians and actors. “We have done four productions including Brush and Yao Yao,” he says.

The group focuses on the power of imagination and he explains that they want to lead the children and audience to imagine and expand their own identities. Lee shares a certain irony within Korean families. “Many parents make money to provide better education for their children but this eventually turns to a lack of what children really need, which is love,” he elucidates.

The highlight of this play, he says, is when Yao dreams and imagines. A thread of adventure unravels when Yao grabs her father’s overcoat to stop him from leaving home. “Our production mixes fiction and reality, play and movement, complementing live action with magical screen art,” he shares about Yao Yao which has been a part of the Cradle of Creativity ASSITEJ World Congress 2017.

Lee believes that performing in front of children is not something to be taken casually. “We must acknowledge them as proper audiences to find value in the future of performing arts. Therefore, sharing quality stories and narratives is very important,” he opines.
This year’s Little Festival is based on the concept that a country’s culture cannot be defined by one race or religion. So, what’s Lee’s take on that? “I think that all reactions from children are the same regardless of race, but it changes as children grow in different societies and cultures. Race does not matter,” he avers.

Interested in Indian culture, art and history, Lee says that the troupe is excited to be a part of Little Festival and also collaborate with theatre groups from India. “Korea has always had a good relationship with India and Koreans are very interested in Indian culture and traditional dances. We would like to collaborate and even stay in India for a while to learn and experience dance. I think Indian dance is a great example for actors to learn how to hold the centre of the body,” he points out, and adds that visiting temples, markets and watching Indian performances will be part of their stay in the city this time.

With Korea’s theatre scene in the process of globalising, Lee opines that it is an age of change not only in theatre, but the world, in general. “The distribution of theatre productions has developed and the visual appeal of shows has also improved. Also, there is a sharp increase in marketing, especially ‘star-marketing’. Theatre business in Korea is booming,” he adds.
The theatre group will tour Europe and America next year and will also be a part of the Edinburgh Fringe Festival in 2018.