The performance of Madame Rose, played by Poorvi Koutish, was flawless. It was one of the highlights of the show.

CHENNAI: What could have been a sleepy Saturday was made a fun, suspenseful and memorable afternoon for those who made their way to the Museum Theatre in Egmore to watch The Little Theatre’s annual Christmas Pantomime, ‘Sherlocked — A game of Pantos.’

The audience witnessed Sherlock solve a mystery along with characters like Dr Watson, Jacques Clousseau, the Powerpuff Girls, Thanos, Professor Moriarty and the crowd’s favourite, Dame Dainty Suzannah. With foot-tapping music and dialogues that packed a punch, the pantomime was a fun way to bring in some festive cheer to the city. 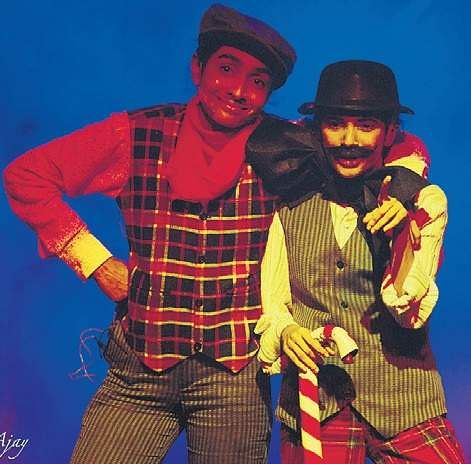 Written and directed by Krishnakumar B, the pantomime traces the story of how London is hit by a wave of crime. The food supply has been poisoned and people are falling ill. Meanwhile, Detective Sherlock discovers a precious metal called Vibranium being smuggled into London. Detective Jacques Clouseau arrives in London undercover to protect the pink panther diamond worn by the nightingale of France, Miss Rose. She is kidnapped and so is the diamond. The audience goes on a rollercoaster ride to find out if this is a coincidence or if there is a larger conspiracy at play. Being the kind of medium that requires constant audience interaction and involvement, the pantomime is a very engaging experience for adults and children alike.

The Museum Theatre came alive every time the chilling music played in the background to signify the entry of a villain and was accompanied by fervent cries of ‘Hiss... Boo’ from the audience. Even when the self-indulgent Dame sought validation from the audience about her beauty, she was given none. She would say, “I am beautiful, aren’t I?” only to have the audience shatter all her dreams with “Oh, no you’re not!”
The performance of Madame Rose, played by Poorvi Koutish, was flawless. It was one of the highlights of the show. She enthralled the audience with her phenomenal stage presence and heavenly voice.
This is the 24th edition of the pantomime. You can catch the show today and tomorrow  (7 pm) and
on December 12 (6 pm) at the Museum Theatre, Egmore. Proceeds will go towards The Little Theatre’s new project at the Children’s Government Hospital, Egmore. Donor passes priced at `200 and `400, are available online on www.thelittletheatreindia.com. For more details, call 28211115.

Written and directed by Krishnakumar B, the pantomime traces the story of how London is hit by a wave of crime. The food supply has been poisoned and people are falling ill. The audience goes on a rollercoaster ride to help the characters solve the case.