The concept of coworking is not new to Chennai, thanks to 12 such spaces that have come up recently.

The concept of coworking is not new to Chennai, thanks to 12 such spaces that have come up recently. They are cost-effective, which makes it viable for start-ups, freelancers, and even for a few established companies.

CHENNAI: Coworking is the new-age office culture, with many new spaces sprouting in the metro cities. Chennai is no exception, and it boasts of around two dozen coworking spaces of all kinds — large, small and cosy, semi-casual and quirky, exclusive to women etc. But how successful are they in terms of user base and longevity? CE takes a look at how the coworking culture has grown in the city, compared to other metros, and what more do start-ups and entrepreneurs want from these community workspaces. 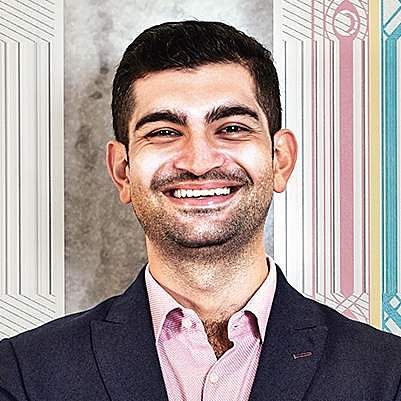 Where Chennai stands
Considered one of the most start-up friendly cities in India, it’s not right to compare the growth of coworking spaces with other cities. Says Arjjun Chander, founder, Karya Space, “The rapid growth of coworking trend across India depends on where the economic centres are. The demand is therefore proportional to the city’s revenue. That doesn’t mean Chennai has less demand, of course, the potential here is great,” he explains.

Sidharth Menda, founder and CEO, CoWrks, concurs. “Though we started in Bengaluru 15 months ago, there was a lot of demand from Chennai patrons. And since we aim to develop a large community network pan India, Chennai’s unique customer base is vital to us,” he explains, emphasising that the type of companies in Chennai isn’t seen anywhere else.

The mixed-group response
Though primarily targeted towards millennials, coworking spaces in Chennai receive good patronage from all types of working professionals. “We’re seeing a good response from all segments — freelancers, entrepreneurs, start-ups, and established companies both from India and overseas,” says Harsh Lambah, country manager, Spaces.

Sometimes, large companies prefer to have one particular team work out of a coworking space. “For example, the engineering unit of a company, with programmers and software developers will work here, because they don’t want to be tied into a rigid corporate setup,” explains Sidharth.

Success factors
Low pricing (compared to renting an exclusive office) is one of the biggest draws for coworking spaces, in addition to collaborative atmosphere and the serendipitous possibilities of finding a potential investor or co-founder over a cuppa at the cafeteria. Inspiring decor is an added plus for non-tech start-ups and freelance creative professionals.

“Being an agency that requires imaginative approach towards work, we needed a coworking space which had the potential to stir such ideas,” says Manobharathi, founder, and CEO, God Particles, a creative graphic and social media design company, which works out of Backyard, Adyar. Conducting regular events that boost networking is another plus with entrepreneurs.

Expansion
The fact that more and more coworking spots are coming up indicates a healthy and thriving coworking culture in the city. Karya space is soon opening a third branch in Mylapore; CoWrks is launching a second one on  Perungudi, OMR, deemed to be the largest in Chennai at 88,000 sqft. “It will be launching next week, and we already have about 80% booked,” says Sidharth.

WSquare — Women’s Exclusive Coworking space
Started by Jinal Patel and Vandhana in 2017, WSquare is a women’s exclusive coworking space in Adyar. It has a concierge service for fresh home-cooked food to take home, grocery deliveries and creche services for children 0-3 years. They also conduct counselling, mentorship and also regular WSquare marketplace every weekend for entrepreneurs to exhibit their products and services. “Most women stop working after childbirth, which we wanted to change,” says Jinal.