It is the first World Bicycle Day on June 3 and the city is home to many cycling enthusiasts, who have stories to share

CHENNAI: Cycling is a fitness activity for some, but it is a way of life for many. For  65-year-old Ramalingam Rajipillai, it is both. He was introduced to professional cycling in 2015. Being a half-marathon runner, Ramalingam had to choose a cross-training activity between cycling and swimming; he opted the former. Cycling involves short distance and long distance races. Ramalingam covers around 30-40 km daily. His name has been included in the super randonneurs, a long distance cycling category of Audax India Randonneurs (AIR). 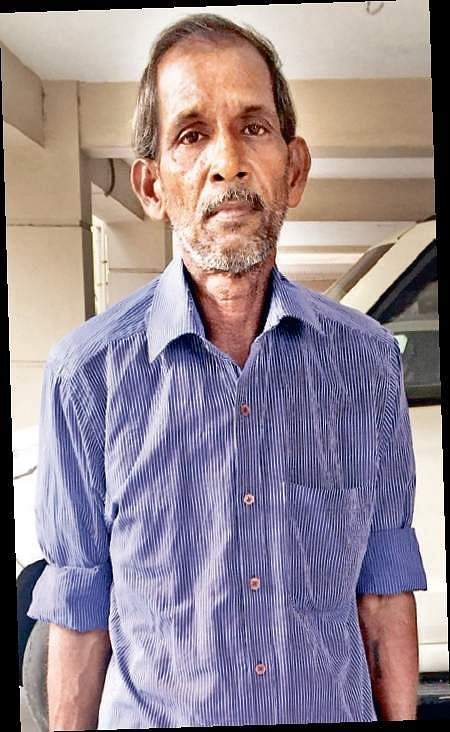 AIR is an all-India organisation of randonneurs recognised by Audax Club Parisien for foreseeing the events in India. The title is earned by a cyclist who completes a set of super series ride (200, 300, 400, and 600 km) within a given calendar. These races are a test of endurance, stamina, and timing. There are control groups at different points to monitor your performance. Ramalingam has also covered long distance rides from Kanyakumari to Kashmir, Chennai to Kanyakumari, and Fleche, a 400 km ride. He is now prepping up for the Deccan cliffhanger, an annual 650 km ride from Pune to Goa.

“From my experience, I have felt many benefits after regular practicing and long distance rides. Cycling has helped me control blood pressure. Every part of the body gets equal action, relaxes the muscles, and increases flexibility. Long distance rides are a good breathing exercise and it prevents you from having minor lung problems. It is also said that there is more longevity among the cyclists. However, after long rides, most of the proteins get depleted and one must recuperate to come back to normal,” he says.

Treasure hunt
On June 3, PEDL by Zoomcar, India’s first dockless bicycle company, will organise a treasure hunt near Tirumangalam main car parking at 5 pm. The key activity to win a prize is to collect balloons from four locations in the circuit of the treasure hunt. Some of the other activities include cycle spring, just roll with it, shaolin cycle and selfie game strong. The cycles can be booked on a first-come-first served basis at the start point, Tirumangalam metro station. The participants can bring their own cycle as well. For details, visit: https://pedl.in

Pedalling their way to fitness
The city is dotted with cycling groups, which can be spotted during the wee hours.
Be it for fun or endurance, cycling binds them together as a community

Cycling Yogis
True to their name this group plans trips to heritage spots. There are three important dates in their calendar — Republic Day event, World Heritage Day, and their flagship ride for the Madras Week in August. They’ve published books like 100 Years of Cycling in Madras from 1877-1991, 40 Cycling Trail Places in Chennai and a clean-up campaign in November with the archaeological group at Fort St George. “We are 4,800 members but when for events we take only 100. Earlier, there were only four to five groups. Now, about 15 of them are active. Every week we visit George Town and document it,”  says Ramanujar Moulana, who started Cycling Yogis in 2012.

We are Chennai Cycling Group
“A group with over 9,000 members does not mean that everybody is active. While some dedicatedly participate in rides the others might follow the Facebook page for updates on trends in cycling,” says Divagaran Thiyagarajan, who started the We are Chennai Cycling Group in 2012. Now they have six chapters that bring together members in different areas. While on weekdays they go for a 30 km-40 km ride, on weekends, they go for 60 km-70 km ride. “People often lose their motivation if they have to pedal alone. So group activity usually helps in sharing experiences,  and motivate members,” he says. They’ve also been on an endurance and long distance trip to Coimbatore.

Babes On Bikes & Boyz On Bikes
This group aims at bridging fitness and fun through cycling, and it is open to people of all the ages.  The group was created by Nina Reddy, joint MD, Savera Hotels, in 2015. “When we first started cycling as amateurs, we were barely able to cycle 20 km without getting tired. So 100 km seemed like a tough goal. The other cyclist we met on our route would have done 70 km-120 km and it was something we could only aspire. And that’s when the idea struck, why not we pin a goal for the team, to train and cycle 100 km,” says Vibha Jaggi, curator. The group has completed their 300th ride recently and is actively involved in community services and campaigns.

Cycling by default
For a daily worker like Sundar, cycle is a commodity. Joining a cyclist group for passion or pursuing it as a sport is a dream. He commutes to work on his cycle. “The roads are not cycle-friendly. The potholes make riding tedious at night. People are so impatient that they keep honking even at signals. I cannot afford public transport so this is my only option,” says the 53-year-old. Nobody explained the benefits of cycling to Sundar. But he eventually realised it. Pedalling long distances does not hurt his legs anymore. “I sold my cycle recently because I couldn’t ride. But bus tickets are expensive and I had to walk extra miles to the bus stand. So I bought a cycle again and started using it. Now it’s a part of my life,” he says.