Tale of a mother and her huskies

Life can stress you out. Professional and personal commitment can drain you.

Life can stress you out. Professional and personal commitment can drain you. But one thing that Shrilakshmi can always count on is her beloved girls to make living worthwhile. She has three pure Siberian Huskies — the eldest one named Eva and the two younger ones — Ayla and Sophie.
“The normal assumption is that Siberian Huskies is a breed that can only survive in cold climates. Eva is 11 years old, the other two are one year-old each.  All are fit as a fiddle and happy. I had another Husky, Ayla Senior who lived for 25 years,” says Shrilakhsmi. 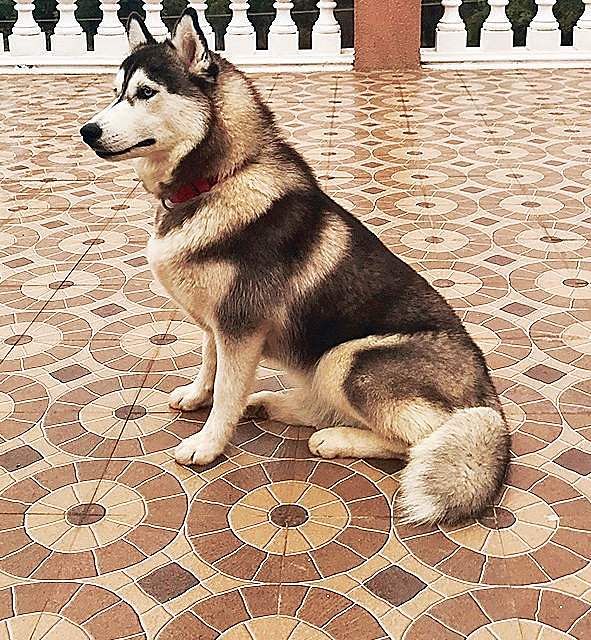 Shrilakshmi lived in Canada for 15 year before coming back to the country. “My girls came back with me,” she adds. Asked about some of the things Shrilakshmi loves to do with her girls, she says, “All the three are very active and love walks. The Husky breed are work dogs and not lap dogs. However my three take turns being both. They love car rides and stick their heads out to get the air on their face. They just live for these moments.”

In the evenings, after their food, her girls want to cuddle with Shrlakshmi. “They want no interference even from other family members and take turns to get a nice rub and combing. I get the most bonding time with them during this time of the day,” adds Shrilakshmi.

She also points out how innovative they can get when they play games. “They show me new games that they come up with. If I throw balls to play fetch they run and stand next to the ball and ask me to come pick the ball,” says Shrilakshmi who says she feels blessed to have three “angels” in her life. “It helps me deal with all stresses in my life,” she adds.

Shrilakshmi got her dogs just after getting married. She says she did not know how to take care of them at first. “I never had a pet while I was growing up. When I got Ayla Senior, I still remember buying a book titled Husky for Dummies only to realise that just like children they don’t come with manuals and you have to understand them by spending time, one step at a time,”

Fast forward 15 years and Shrilakshmi says, “It’s very hard for me to leave them and go on a vacation. Even after so many years I feel guilty though I feel, they too may need a break from us too.” Now, Shrilakshmi says that everyone should keep a pet as they bring out the “best in you” and teach one virtues such as patience, compassion and allow you to understand things without any words. “It literally enhances one’s ability to read and understand people’s point of view. If you have pets, you can develop a keen sense of observation,” she says.

She believes she owes a lot of things to her girls, “I was unwell in 2006. I still remember my elder one not leaving me for even a few seconds. She just kept her body near my leg as a way of saying she is concerned and she is there for me. My girls have taught me a lot in life.”

Sedition case filed against me for exposing scams of UP government: AAP leader Sanjay Singh

Use of Chinese apps TikTok, WeChat to be banned in US from Sunday