CHENNAI: When a game is based on a popular franchise, it’s up against it from the beginning. Not only does it have to be a good game in its own right (like every other game in the market), but it also has to live up to the franchise it’s a part of. How often have you heard games like this dismissed as cheap cash-ins? That’s why Legendary Encounters: An Alien Deckbuilding Game is such a pleasant surprise (apart from that name). 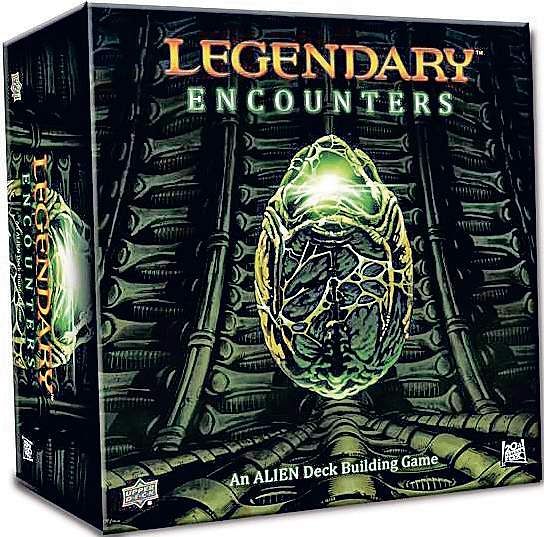 As you might have guessed by now, Legendary Encounters is based on the Alien/Aliens franchise. Specifically, the game includes scenarios based on Alien, Aliens, Alien 3 and Alien: Resurrection. Each scenario features a unique location, objectives and characters to recruit based on those found in the films. Working together, players will recruit characters and build their personal decks, all while contending with whatever obstacles lie between them and achieving the objectives necessary to win. (Note: there are also variants where players can have secret objectives that might require them to work against each other as well as a mode where one player controls the aliens, but I’ll just be talking about the co-op mode here because a) it’s really good and b) it’s tough enough as it is.)

That’s a functional description of what’s going on here, but it really doesn’t capture what makes Legendary Encounters so good — it genuinely feels like you’re playing through the events of the movies. Of course, things won’t always turn out the same way but there are enough key moments that everyone playing will be drawn in. The atmosphere this game creates has to be experienced to be understood. Yeah, you’re killing multiple aliens in the course of the game (as in Aliens), but the slow, creeping horror that descends as you work through the Hive Deck is much more reminiscent of Ridley Scott’s original 1979 masterpiece.

If you haven’t seen any of the movies, the game will lose that added punch; however, it still remains a very good game. Though you’ll miss the references as they come and go, you’ll still have your hands full dealing with the threats coming your way. Make no mistake, this game is tough; but that’s really where the enjoyment comes from. Nobody likes co-op games that are too easy and, like Demon’s Souls/Dark Souls over in the videogame world, Legendary Encounters understands that victories are best savoured when they are fraught and hard-won.

A word on the Legendary family — this series began with Marvel Legendary, which was a simpler and more direct game when compared to Legendary Encounters: Alien. This game came next, and proved to be so successful that they’ve subsequently released Legendary Encounters based on Firefly, Big Trouble in Little China, Buffy and Predator (and yes, you can mix the Predator one with this!). Each flavour of the game comes with its own unique spin on the formula (Marvel has villainous masterminds that you’ll be going up against, Predator can be played in competitive, co-op or team modes, Firefly uses Serenity as a game mechanism, and so on), so you can really pick the theme that best works for you.