He also reiterated that only a CBI inquiry into the firing would bring out the truth.

CHENNAI: Leader of Opposition MK Stalin on Thursday made a vain attempt to raise the issue of the recent police firing in Thoothukudi over the Sterlite issue because Speaker P Dhanapal, Chief Minister Edappadi K Palaniswami and Deputy Chief Minister O Panneerselvam said that since the matter was being probed by an inquiry commission and a case being heard by the Madras High Court, it would be inappropriate to discuss the issue in the Assembly. 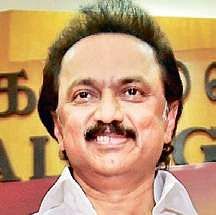 During the zero hour, when Stalin rose to raise the issue, the Speaker said that the House had already discussed threadbare the Sterlite issue and hence there was no need for a further discussion. But Stalin replied there was a recent development regarding the issue and there was no link between what he was going to speak and the issue being probed by the commission.

However, Stalin made some remarks which were expunged by the Speaker saying that the remarks were indeed connected to the issue being probed by the inquiry commission.  Following this, Stalin walked out of the House, leading his party colleagues.

Later, the Speaker said that as per rule 92 of the House, members should not speak about any matter being probed by an inquiry commission.  He said that other members in the House should refrain from doing so.
The Chief Minister pointed out that during previous DMK regime, Deputy Leader of Opposition Durai Murugan had said that discussing a matter, which was pending in a court, would be against the conventions of the House. If they have anything to submit, they could do so before the inquiry commission, he added.
T

alking to mediapersons outside the Assembly, Stalin said that ahead of the May 22 procession in Thoothukudi, the District Sub-Collector had appointed nine officials to monitor the procession.  But they were not present when the procession took place. Instead,  some other officials were brought to that place and police firing was ordered.  He also reiterated that only a CBI inquiry into the firing would bring out the truth.

More from Chennai.
Now we are on Telegram too. Follow us for updates
TAGS
Leader of Opposition MK Stalin