In 2013, Balaji began documenting movie halls across Tamil Nadu, and in a span of five years, he has recorded about 50 theatres in the state.

CHENNAI: When I was younger, my friend and I used to go to Thyagaraja and Jayanthi theatre in Thiruvanmiyur almost every day on a bicycle. We didn’t miss a single film,” says city-based photographer Balaji Maheshwar, as he shows us a picture of Thyagaraja photographed in the late 90s. “This was taken on Padayappa’s opening day. I didn’t take this picture… but such archival of theatres, their transient state and present condition is extremely important,” shares the software engineer turned photographer. His photo exhibition ‘Talkies – an old cinema exhibit’ is jointly held by British Council Chennai and Chennai Photo Biennale foundation. 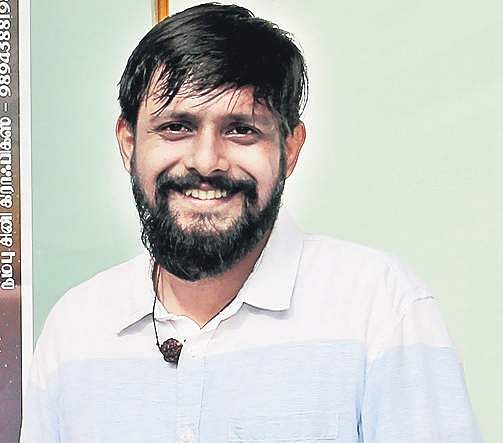 In 2013, Balaji began documenting movie halls across Tamil Nadu, and in a span of five years, he has recorded about 50 theatres in the state. “Some are still functioning while some are in shambles. In Madurai theatres, re-released films of MGR are still celebrated. They light lamps inside the theatre to mark their love for the actor. Some theatres have been tuned into marriage halls,” he says.

The famous Broadway, Madurai Central, Pilot, Thangamani, and Ganesh Thirai Arangam, the last surviving touring talkies, are some of the movie halls that feature in Balaji’s photo documentary, ‘Dear Cinema’. This exhibition gives the audience a glimpse into Balaji’s self-aided project.

But instead of choosing a gallery space to exhibit his photographs, he chose the historic theatre which was the first to get air-conditioning in the state and where Sivaji Ganesan’s film Parasakthi was censored. “I wanted anyone and everyone to view the photographs. This was the very purpose of movie halls… they functioned as a place where people could get together without the distinction of caste, class, and religion. Movie halls were the first democratic space for the locals,” he asserts.

But Balaji’s project took shape only when a close comrade, Karthik Subramaniam intervened. Balaji’s late grandfather K Kannan, a yesteryear actor has acted alongside doyens of Tamil cinema in close to 300 films. “That was my connection with cinema.

I started finding old pictures of thatha but unfortunately, my grandmother threw most of the old pictures. So, I sought help from a few associates and was suddenly exposed to an archive full of his pictures. This revelation gave my project a new perspective,” explains the founder of Madras Photo Factory.

Balaji’s photo documentary not only exhibits the former glory of standalone movie halls and films but, is also a reflection of how it changes lives, its link with Tamil Nadu politics, and why cinema is more often personal. His photographs are like layers of a Boltzmann machine and have several Easter eggs. “In this journey, I have met several interesting people. From owners who are trying hard to equip their theatres with new audio and visual technology, sofas and so on, to people who call the movie halls their home. The only support I can provide is to archive this and make it accessible to all,” he adds. (The exhibition will be open until September 15 at British Council)

Now we are on Telegram too. Follow us for updates
TAGS
Thyagaraja and Jayanthi theatre