A few months ago, BDO Periyapalayam ordered a local panchayat staff to dig a borewell in my land without my written consent.

CHENNAI:I own a few acres of land at my village Thirukandalam/ Madavilagam village in Uthukkottai Taluk, Thiruvallur district, and have been doing agriculture along with my husband, who is a chronic heart, diabetic, and kidney patient requiring constant medical care. A few months ago, BDO Periyapalayam ordered a local panchayat staff to dig a borewell in my land without my written consent. Even after repeatedly bringing this to the notice of the BDO Periyapalayam and the Collector of the district, the illegal borewell has not been removed till now. I will have to sell the land for my husband’s treatment, but no buyer shows interest because of the illegal borewell. The officials are not concerned. How do I get over this problem.

You can file a civil suit for permanent injunction against the BDO Periyapalayam from interfering with your personal property.  Pending the suit you can get a temporary injunction from using the borewell laid in your property. 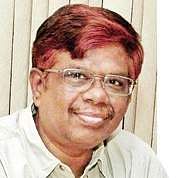 I am an absolute owner of a vacant plot of land in Chennai with original registered documents and patta, which I bought in 1976. But four years ago, the son of the man who sold the plot to me, made a criminal act by unauthorised settlement of my plot to his son. After eight months, he cancelled it stating that his son is not looking after him. The land is in my physical custody, but when I take an EC the names of the above mentioned father and son are coming in it. I complained to the Commissioner of Police Chennai. I appealed to the sub registrar, district registrar and inspector general of registration. For my RTI letter, the district registrar replied that they have no powers to remove their names. As I’m old, I hesitate to go to court. I seek your advice.

You can file a suit against the father and son and seek for a declaration that the settlement and the subsequent cancellation are void documents and does not bind you.

In the budget for the financial year the Finance Minister announced that there will not be any TDS deduction from the interest on their FD up to `50,000 in respect of senior citizens (In  other words they need not submit Form 15H). Does it mean that interest earned by them on their deposits up to this limit is not taxable, and they need not show it in ITR as income from other sources? — KS Srinivasan
Merely because no TDS will be deducted for such fixed deposit does not mean that the liability to pay tax on the interest earned is also removed. You will have to show the interest earned on the said amount as part of your annual income liable for tax.

My Mother and brother jointly purchased a vacant site at Pollachi in 1999, and got it registered. But, the documents were not released to them, saying they had to pay additional `80,000 as stamp duty. They explained the position to the RDO (Stamps), but he refused to accept and confirmed the original order. So, they approached the civil court and got a favourable judgement in 2004. Again, the RDO did not release the records, and sent a lawyer notice. Then, they got the documents, but with one endorsement on the back of the records saying that this is subject to appeal by the state to honourable High Court at Chennai. Till now, they have not preferred any appeal. Meanwhile, my mother gifted her part of the property to my brother and this settlement deed was duly registered. But recently, when EC was taken on the property, the same endorsement is repeated in EC also. A party has come to buy the property, but somebody advised him that unless `80,000 is paid, the registrar will not register the documents. Is it so? What is the remedy?

Justice  K Chandru is a former  judge of the Madras  High Court expertexplains@gmail.com