India's Supreme court gave the 'queer' their rights in a historic decision on September 6. 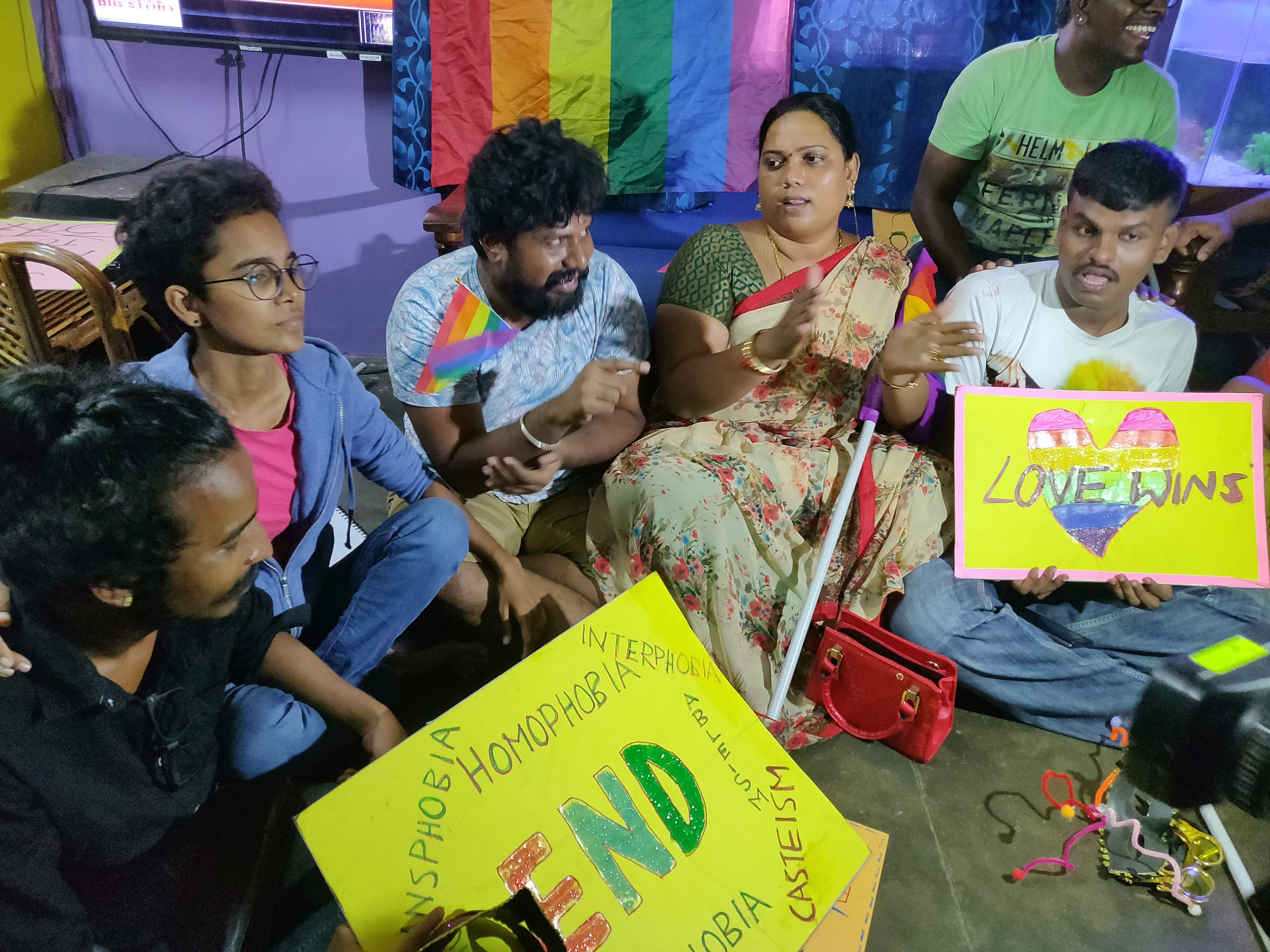 CHENNAI: Chennai’s Amjikarai locality erupted in celebration as soon as the Supreme Court scraped Article 377 legalising gay sex in India. Members of the LGBTQ community, who were visibly delighted, had gathered here at Sahodaran’s office, with posters in hands and hope in their hearts.

Painted with rainbow colours, their placards screamed for freedom and pride.

After the historic decision was aired and confirmation was passed, joy knew no bounds. After a quick formal celebration with cake cutting and dance, members of the LGBTQ community hit the streets to spread their happiness. Random passersby were treated with chocolates and hugs, joining the grand celebration.

“This is a historic moment for us. We no longer will fear of being shamed for being a gay or lesbian. I can walk proudly holding my girlfriend’s hand. Pride always wins”, said a teary-eyed Malini Jeevarathnam, LGBT Activist.

In India where sex is a hush-hush topic, legalising homosexuality is a watershed in the history of the judiciary. Activists around the country had been fighting the legal battle since the 1990’s for the decriminalisation of homosexuality. The Delhi High court had legalised gay sex in 2009 but was reinstated by the Supreme Court later in 2014.

However, with homosexuality ruled off as a criminal offence now, many ancillary legal battles still arise. The questions on ‘same-sex marriage', gay parents’ adoption rights, education and job have yet to be answered. In India every religious community has its set of marriage rules for heterosexual ‘men’ and ‘women’, but the LGBTQ community is devoid of this. The Parliament has also enacted ‘The Special Marriage Act’ in 1954 allowing inter-religious weddings but so far no such legislation has been made for marriages among members in LGBTQ community.

“This is just the stepping stone. We have a long way to go. So far we have been very optimistic and we will continue our fight. The society always has some negative comments, but in spite of that we will go ahead and fight for equality”, said Delphina, a LGBTQ activist.

“The media has been there for us when our friends and family didn’t stand by us. We cannot be more thankful, Thank You, Thank You so much”, said Srijit Sundaram.

However, with this historical victory, the community is all optimistic that it will be successful in the ‘battles of rights’ in the future.

Now we are on Telegram too. Follow us for updates
TAGS
LGBTQ Homosexuality Section 377 Gay Rights Article 377

Will wait for the communication from SC: Justice Raveendran on monitoring Pegasus probe