Get down to spice business

When it came out last year, Century: Spice Road was received with the kind of hype that usually only accompanies big flashy Kickstarter projects.

CHENNAI: When it came out last year, Century: Spice Road was received with the kind of hype that usually only accompanies big flashy Kickstarter projects. Hailed as an upgrade on the excellent Splendor, Spice Road was a clever, fast-playing game in its own right. Part of its appeal, however, was the announcement that there would be three ‘Century’ games in total — you could play them separately, or you could combine multiple Century games to create a new hybrid game. Is this a gimmick, or should you be genuinely excited? Let’s find out. 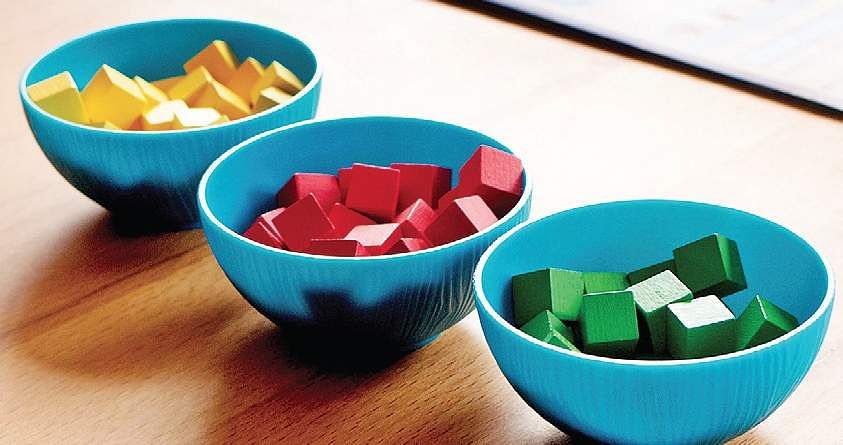 Century: Eastern Wonders retains the basic DNA of its predecessor — you’re still trying to collect sets of spices in order to complete contracts to score points — but changes almost everything else. Where Spice Road was entirely a card game, Eastern Wonders adds a central board to navigate and player boards to juggle as well. You’ll have to move around this archipelago, visiting various islands that each offer different opportunities to convert and manipulate those aforementioned spices. Already, limitations are rearing their heads — you can only move one space for free (any more means you’ll have to give up precious spices) and trying to do business where other players have already set up outposts is going to cost you more as well.

If that weren’t enough, you’ve also got your personal player boards to consider. The more outposts you build on a particular type of island — say, the ones that produce tea — the more points you’ll reveal on your board to score at the end of the game. However, if you try to build on a variety of islands, you’ll empty columns quicker and that gives you access to special bonuses; such as extra movement, extra storage, or just points. All together, this results in a much crunchier game than Spice Road ever was and gives you far more to think about on each turn.

And that’s without even mentioning From Sand to Sea, the game you can play by combining the merchant cards of Spice Road with Eastern Wonders. Having access to the varied trading opportunities of those cards is unquestionably nice, but now movement requires that you discard cards to do so which is painful (in a good way!). Overall, if you’re getting a bit jaded of the regular game, this hybrid will jolt you out of your comfort zone and give you lots more to think about. Century: Eastern Wonders is that modern rarity — the almostperfect sequel.

It will disappoint players who miss the lighter, quicker decisions that Spice Road had to offer, or the ability to play with five players. For just about everybody else, though, it manages to provide enough of a twist on the earlier game’s formula that there’s really no reason they can’t coexist in a collection (if From Sand to Sea wasn’t incentive enough). As much as I enjoyed Spice Road, if you asked me to pick just one Century game to play, Eastern Wonders is the one I would pull from my shelf.