Both leaders appointed him as one of the organising secretaries of the party, a key headquarters post in AIADMK.

CHENNAI: Health Minister C Vijaya Basker, who suffered a setback recently due to CBI searches at his residence with regard to the gutka scam, on Friday received a boost from party coordinator O Panneerselvam and joint coordinator Edappadi K Palaniswami.

Both leaders appointed him as one of the organising secretaries of the party, a key headquarters post in AIADMK. 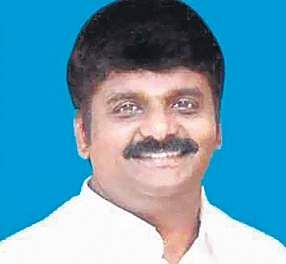 The announcement came just after the high-level meeting of the party for the second consecutive day, chaired by Panneerselvam and Palaniswami, was over.  Just after the CBI operations, there have been demands from opposition parties to drop Vijaya Basker from the cabinet.

Answering queries of mediapersons, AIADMK deputy coordinator, KP Munusamy said as a follow up of the high-level meeting, the district secretaries meeting would be held on September 19.  He said discussions were on about formation of a steering committee. The  panel may become a reality very soon.

On the charges being levelled against the AIADMK government by DMK president MK Stalin during the recent days, he said since there was nothing to point a finger at the State government, the opposition party was levelling some baseless charges.