An inclusive fair for children 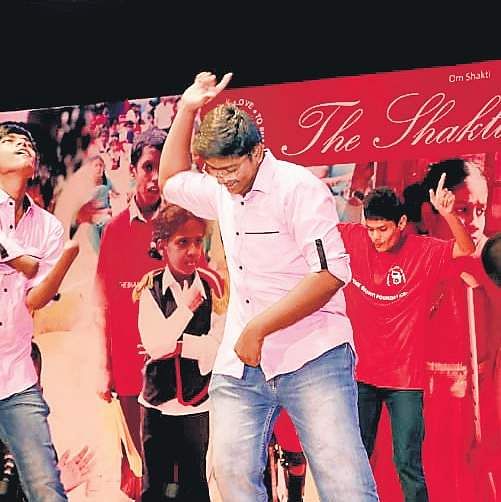 For about a decade, the city-based foundation has been championing for the cause and campaigning for the need to put up ramps in public places so that persons with disabilities gain easy access. Vasanth, reminiscences the first edition of the fair and says, “The first year, we hosted the event at Spencer Plaza, Anna Salai with about 25 differently abled children. Today it has grown to over 15 schools and about 850-odd students.”

Shakti Foundation’s ‘Project Ramp’ has freed many with physical disabilities from the misery of confinement. A post in Shakti Foundation’s website reads, ‘In December 2000 on World Disability Day, a large number of children with physical disabilities were able to access Spencer Plaza because of the presence of a ramp. This event was made possible because of the commitment and perseverance of M Balasubramaniam, director of Mangal Tirth Estate, who was the only one to honour his commitment to The Shakti Foundation and construct a ramp at the front entrance of the building.’
“It was a memorable day. A lot of people have supported us in the journey and this 26th edition will be another step,” she says.

This event is not only a move towards inclusion but also about exposing the talent of the tiny tots, she says, adding, “The reasons are manifold — inclusiveness, having a fun-filled day, and also to give them a stage to showcase their talents. Many students who previously participated in this fair have even become full-time artists and performers, and are doing really well in life.”
Students from 15 special schools including Bala Vihar, Vidyasudha, Vruksha, Sunshine School for Autistic

Children and Deepam will put together an entertaining show. Dr S Rajan, director of cardiac surgery, Madras Medical Mission; HK Ravoofa, creative head, Media Masons, and A Maruthachalam, Kalpa Vruksha will be the chief guests. The fair will be held on September 29 at The Music Academy

Stay up to date on all the latest Chennai news with The New Indian Express App. Download now
TAGS
Shakti Foundation