Though Mahatma Gandhi and Rukmini Devi Arundale never met each other, they shared many common values.

CHENNAI: Though Mahatma Gandhi and Rukmini Devi Arundale never met each other, they shared many common values. In fact, she created her work from within the narratives of the anti-colonial nationalism explained by Gandhi. The revival and reformation of the Indian traditions by Rukmini Devi took a radically new form,” says Revathi Ramachandran, director of Kalakshetra Foundation. 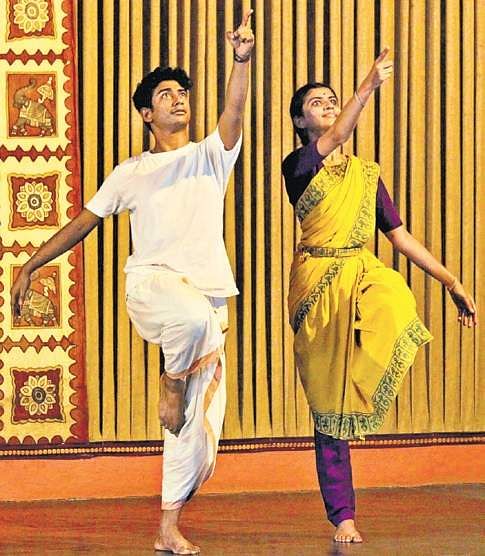 To mark the 150th birth anniversary of Mahatma Gandhi on October 2, Kalakshetra Foundation will present a Bharatanatyam production titled ‘Shanthi Sutra’, capturing in its form the common threads that connect two of the country’s key influencers — the Mahatma and Kalakshetra’s founder Rukmini Devi Arundale. “The production will not only showcase the common threads, but will also celebrate the threads that best represent their inter-connectedness,” says the artistic director of the production. It will be in association with the Ministry of Culture, Government of India that is celebrating a series of activities under the umbrella of Gandhi Parv.

Rehearsals for the production are in full swing and Revathi tells us about the ideation and what binds the two visionaries together. “When I took charge of Kalakshetra Foundation this year, I had quite a few plans and I certainly wanted to do something for Gandhi Jayanthi. That’s when this idea came about. Rukmini Devi and Gandhiji have contributed so much to the nation, and that became our narrative,” she says.
The production went on floors in June this year and artistes have been rehearsing every day. “We have weaved the five key elements that connect Gandhiji and Rukmini Devi together into this creation,” she says.

Both of them, in a sense, stood for self-esteem, passion for education, non-violence, a non-consumerist view of the environment we live in, an acceptance of all Gods as one, and their love for Rama. “Rama was Gandhiji’s ‘ishta devata’ and Rukmini Devi’s Ramayana production is known to be legendary. Shanthi Sutra is really a production where the audience can immerse themselves and internalise the values these two leaders stood for. The values are very relevant in the world we live in,” she says.

City-based VR Devika of The Aseema Trust, which was founded to build bridges between traditional performing arts, education, and Gandhian views, has helped with the content and research for the production. “While one spun the thread during the freedom struggle for the country, the other wove the thread into the fabric of new age dance and textile post-independence for the nation’s betterment,” Devika says in a press release.

The dance has been choreographed by senior artistes like Jyolsana Menon, Shaly Vijayan, Mohan, Nirmala Nagaraj, Nandini Nagaraj, Sooryanarayana Moorthy, Hari Padman, KR Lokesh Raj and KP Rakesh. The music has been composed by K Sai Shankar. “We have also collaborated with Krishnakumar Balasubramanian of Little Theatre for theatre direction and light design,” Revathi says.
BK Krishnaraj Vanavarayar, chairman and member of the central committee of Bharatiya Vidya Bhavan, Coimbatore, who is also a Gandhian, will be the guest of honour.

Stay up to date on all the latest Chennai news with The New Indian Express App. Download now
(Get the news that matters from New Indian Express on WhatsApp. Click this link and hit 'Click to Subscribe'. Follow the instructions after that.)
TAGS
Mahatma Gandhi Rukmini Devi Arundale