Zavera Shahuna’s kitchen speaks volumes of her love for order.

CHENNAI: Zavera Shahuna’s kitchen speaks volumes of her love for order. Glassware is neatly stacked on the shelves, a tray exclusively for sauce bottles is set up beside the dining table, ceramic crockery is lined up on the showcase and the table is set with fine cutlery and folded napkins. From serving hot food to plating it, cooking is a package for Zavera even if there’s just one guest.

“My Home Science teacher Malli made me fall in love with cooking. When I was a kid, the kitchen would be kept empty on Saturday afternoons for me to experiment with different items. After I went on to pursue my Master’s degree in Gwalior there was a break. Later on, I picked it up after marriage, from a help who used to cook for the family. My mother’s recipe book was a guide throughout my journey,” shares the retired teacher. 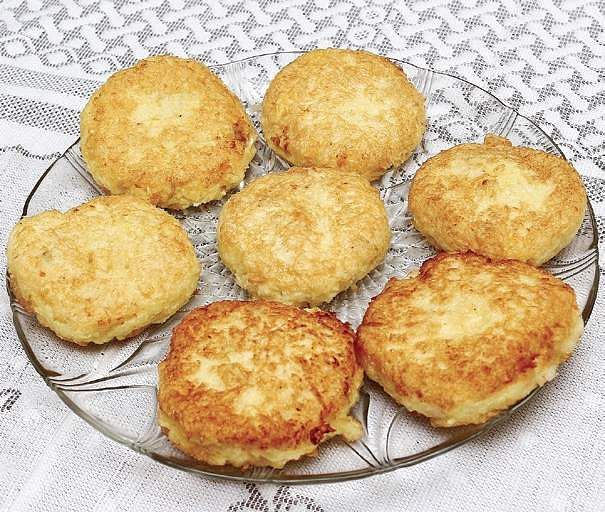 Zavera was born and raised in Bengaluru. She moved to Mumbai 1966 and got married a year after. She came to Chennai along with her husband and two kids in 1972, and lives on the Old Mahabalipuram Road. She  was a physical education teacher but also taught cooking at the Sacred Hearts school. After she retired in 2004, Zavera tried out new recipes watching YouTube. She is a huge fan of elai sapadu (banana leaf meal). A South Indian meal is gourmet food for her. “I was in Mumbai for five years. Then we moved to Chennai. It was a culture shock. The city had no nightlife. But now we’ve got so used to the city that we don’t want to move anywhere.”

“I relish the braised lamb and chicken with rice from mother’s preparations. The marination spruced up the taste. If not Parsi food, we mostly made continental items at home. Anything made with chocolate is my comfort food. My grandma’s desserts, jellies and puddings were a delight. I can prepare only half the Parsi delicacies that my mother did. There’s no sweet shop exclusively for Parsi sweets. Luckily now and then we get sweet items like Dhal poli (a thicker version of poli) from Mumbai. Parsi pickles are made of Bombay duck, prawn and fish,” she shares.

The Parsi community in Chennai meets once a month. The dinner includes a lavish spread of their delicacies. Most Parsi women love trying and sharing new recipes. “My son is a caterer and my daughter picked up cooking on her own. What makes our curries special is that we roast and mix spices in different combinations to get a masala. Jeera, garlic and ginger are the major components. Our curries have coconuts, tomatoes, onions, dhaniya, jeera and red chillies. I’ve trained my maid in Parsi cooking and she helps me in the kitchen,” says Zavera.

Zavera grew up in a family of hardcore non-vegetarians. Her mother, however, used to insist that she had one vegetable a meal. “Not many men participated in cooking from my family. My husband does not like 101 vegetables. A vegetarian meal  beans, carrot, peas and baby potatoes. She recalled when she made her first caramel pudding she made for her  father-in-law. “I messed up the egg and milk ratio and it turned out to be watery,” she said.

The ingredients that make the difference
What makes Parsi curries special is that the spices are roasted and mixed in different combinations to make a masala, Zavera Shahuna said. Jeera, garlic and ginger are the major components and the curries have coconuts, tomatoes, onions, dhaniya, jeera and red chillies that make an aromatic and delightful curry.

Heat the oil, add the finely chopped onion and green chillies. Fry a little. Don’t let it brown. To this, add the maida and keep stirring till the raw smell of maida fades. Take it off the heat and add milk a little at a time. Make sure it does not get lumpy. Once you’ve used all the milk put it back on the stove and cook it. When it starts thickening, add the cheese, pepper and salt. Keep it on low flame and cook till it thickens. Take it off the stove cool and place in the fridge for a few hours or overnight. Then form them into cutlets, rolled in breadcrumbs. Dip in beaten egg and fry one at a time. You’ll need to be very careful while forming and frying the cutlet. While making the white sauce, cook it
on a low flame.

Stay up to date on all the latest Chennai news with The New Indian Express App. Download now
(Get the news that matters from New Indian Express on WhatsApp. Click this link and hit 'Click to Subscribe'. Follow the instructions after that.)
TAGS
Parsi food Parsi culture