Lupus, a relatively unknown chronic autoimmune disease, has been claiming lives across the globe.

CHENNAI: On May 27, 2019, I received an SOS audio note from a close friend: ‘Supraja passed away. I am heading to her house,’ said a trembling voice, almost choking with tears — the voice of a person who had just lost her best friend and soul-sister. I was shaking but wanted to brush it off as a nightmare. Reeling under the news, I couldn’t but think of the spirited 23-year-old who was many things — a daughter, sister, friend, lover, artist and performer. Supraja Venkataraman was diagnosed with Systemic Lupus Erythematosus (SLE), commonly known as lupus.

For some, the disease might ring a bell, thanks to Selena Gomez’s openness about her battle with the condition. For the uninitiated, SLE is a chronic autoimmune disease where the body’s immune system — which is supposed to defend one from infections — mistakenly attacks healthy cells and tissues of one’s skin, joints, kidneys, brain and/or other organs. 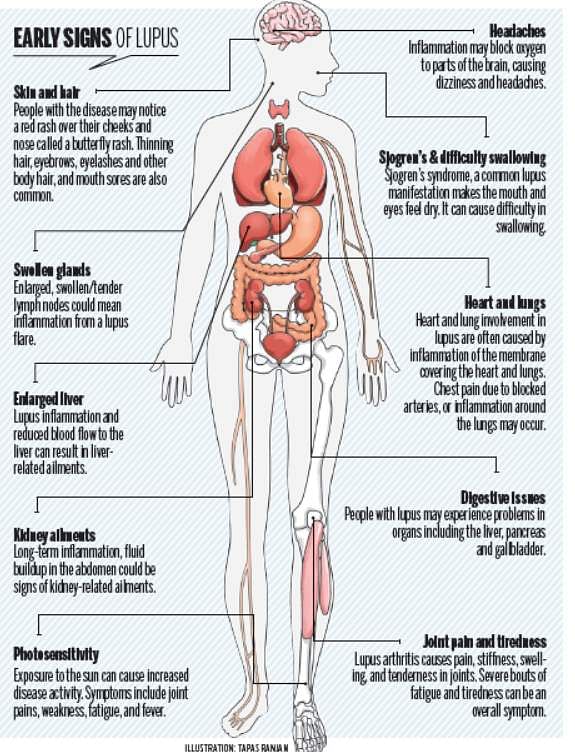 While the life-expectancy of a person with lupus differs from patient to patient, for a biophile like Supraja, it was cut short. Lupus took her life, unannounced. Within eight months of having lupus resurface, she succumbed to the disease and passed away due to a cardiac arrest — an uncommon end, say doctors. “SLE is a condition where multiple organs are involved. But from a cardiac standpoint, a fluid collection around the heart called pericardial effusion or the involvement of the pericardium muscle layer might occur. But, a cardiac arrest is usually uncommon,” says S Gnanasambandam, senior consultant, paediatric cardiologist, Rainbow Children’s Hospital.

After Supraja’s death, her sister Deekshita and mother Uma, her primary caregiver, have been facing the emotional blow. With a lot of questions about the disease still unanswered, Deekshita shares, “In 2015, she had regular bouts of fever and was later diagnosed with lupus. We were unaware of such a condition and didn’t know it was incurable. But luckily, medicines, a healthy lifestyle and a brief period of treatments kept it under control. She recovered, or so we thought. At the end of 2018, it resurfaced and since then, it was a downward spiral. It was too short a time for us to understand the pattern of lupus. She was prescribed steroids, a primary medication used to help people living with lupus.” Whatever discomfort Supraja complained of — body pain, headaches, breathlessness, loss of appetite, swelling — it was always pointed to ‘steroid-induced effects’ by health professionals. “We didn’t suspect anything alarming nor did we expect a cardiac arrest in the end. It wasn’t even mentioned in the passing as a possibility. I don’t blame anyone…lupus is an unpredictable disease. But, it needs more awareness. That’s what Supraja wanted to do… she wanted to make people aware of the condition,” she painfully says.

The disease affects one in every thousand in India, out of which a majority are women. “It’s a life-threatening disease and it’s frequently diagnosed in women between ages 15-25. The malefemale ratio is 1:15,” explains Dr C Panchapakesa Rajendran, consultant rheumatologist, Kauvery Hospital. There are four types of lupus — one that affects the skin, drug-induced, neonatal lupus and the most common-life threatening type, SLE. “Joint pains, oral ulcers, photosensitivity, fever, fatigue, hair loss, arthritis, blood disorders, antinuclear bodies (ANA), kidney disorder, butterfly rashes…can be found. A person with the condition can typically identify one or more of these symptoms and manifestations. It is advisable to present oneself to the doctor if one or more of the symptoms are identified. The sooner, the better,” he says. Basic investigations and laboratory tests including blood count, erythrocyte sedimentation rate (ESR), kidney and liver assessment, urinalysis and antinuclear antibody (ANA) test may be done. “The symptoms often mimic other disorders and this makes early diagnosis a problem. But if a person is diagnosed with lupus, treatments are usually modified to suit the patient’s need,” he says.

City-based lupus warriors share tales of endurance and how their life has been redefined. Around two years back, 19-year-old Charulatha Manikandan* was diagnosed with SLE. Her seemingly normal life turned upside down. “For me, it started with skin rashes, fatigue and fever. After several investigations, tests and doctor consultations, I was diagnosed with lupus. I had just gotten into college and my condition didn’t help. I couldn’t bathe myself, sometimes I couldn’t even get out of the bed. My hands and feet used to swell.

How was I supposed to wake up early and attend classes?” asks the media student. With photosensitivity, frequent inflammations and infections becoming a risk factor, Charulatha considered dropping out of college. “It was dark. Imagine being unable to wear the clothes you want, or eat the food you want to. Nausea, fatigue and depression became my companions. But my parents supported me. I found a support system through other people with the condition. Now, I have made it to my final year in college,” she says. On the other hand, a delayed diagnosis of the condition led to lupus nephritis for 25-yearold Akshitha Hariharan*. “It was a nightmare. I was misdiagnosed with arthritis for about two years. When the pain was unbearable, we took a second opinion and I was diagnosed with lupus. It’s been a long journey…but, I am willing to fight,” she says.

The financial burden for multiple treatments, medication, unexpected hospitalisation and check-ups turn into a nightmare for patients and caregivers, especially when lupus isn’t recognised under the ‘critical illness’ label by insurance companies, in the country. “We have been spending about `10,000 per month on tests, medicines and rehabilitation. It is not possible to carry on without other financial aid,” rues Akshitha.

In times when the cause of lupus is still unknown and a permanent cure hasn’t been formulated yet — although it can be controlled with proper medication and stress reduction — the dearth of support groups has become a cause of concern. “Supraja always wanted to talk to someone who can empathise with her. But it was hard to find people with the condition in the city. She did find people online, read stories and was motivated. But surprisingly, after her passing, I posted a video about the condition and several people from the city and across the country reached out to me, opening up about their experience with lupus.

It was ove r wh e l m i n g , ” s ay s Deekshita. Under Lupus Trust India, a Kerala-based trust’s initiative to support patients who fall under the below poverty line (BPL), awareness events have been conducted in cities like Bengaluru, Mumbai and New Delhi. “Apart from individuals with lupus, and their kith and kin, the city lacks awareness. The absence of an active support group in the city makes me feel lonely,” shares Akshitha. *Names changed on request