Life is what you bake out of it

Inspired by her mother and British cooking shows, Usha Seetharam’s goodies are baked to comfort every weary soul with bites of joy

CHENNAI: Chocolate salted caramel cake is her specialty. She insists that everybody sample a slice. Meanwhile, she takes a piece of tart and fills it with vegetable stuffing. This is Usha Seetharam for you. Exuberant, multi-tasker and a people’s person, Seetharam is the home-baker you want to have on your speed dial. After all, her bakes can cure every ache and comfort every weary soul. No wonder then her Instagram page, Ushbakeistan, is the virtual land with real goodness-filled goodies.

“My mother is a big inspiration. I vividly remember those round ovens she used to have. We had to lift the lid off, put the cake inside, and wait for the bell to buzz. I purchased a similar model of an oven in 2001. The aroma of freshly baked cake or bread gave me an adrenaline rush. The journey began then and there’s been no looking back,” said Usha. One of her first trysts with cooking was rose milk. The frothy delicious drink with crushed ice was her favourite. Seetharam is an environmental science graduate and has a Masters degree in Communication from Manipal University. She was born and raised in Bengaluru. The home-baker moved to the city in 2002. She worked in the corporate field and also in the radio industry for a brief period. In 2008, she got into professional baking after attending workshops. She took part in an event organised by Home Baker’s Guild in 2011. After intermittent breaks, she has ventured full-time into baking for the past one year.

“My mother is a fantastic cook. I vividly remember her snack item called gold coin. Round slices of bread would be coated with mashed potato and then deep-fried. She would top it with onion slices, chutney and sev. She would go for all kinds of snack workshops to ensure that our evening tiffin wasn’t repetitive. I have her recipe books till date and those gathered from my friends’ mothers. Alongside baking, I love regular cooking as well. I grew up with guests around and that’s also a reason why I love hosting parties,” reminisces Seetharam.

The first cake she baked was for her husband’s birthday — a chocolate cake with chocolate buttercream and coconut topping. Usha loves watching British cooking shows and takes inspiration from the techniques she watches on screen. “My lactation cookies for feeding mothers are popular. I’ve personally eaten them and they’ve helped me to a great extent. It’s eggless and has millets, jaggery, oats, flax, oats, fenugreek, and artisan chocolate. Alongside this, themed cakes, cookies, bread loaves and tarts are regulars,” she said. Usha wants to master the nuances and fine-tune the processes of baking. She hopes to excel in her field while taking it slow. Usha takes orders and delivers across the city. 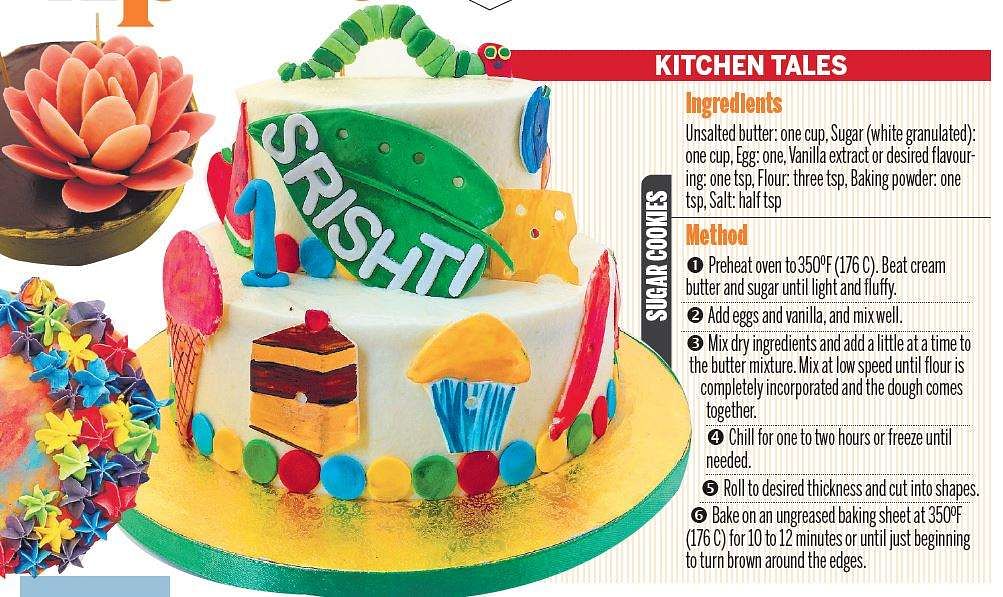