AD Live Trio uses wireless instruments to give their performances a more interactive feel. The band also experiments with their music  styles and sound to compete in a rising market.

CHENNAI: Setting up the stage for a concert is a time-consuming task — from lighting and sound mixers to cables, everything needs to fixed, tested and good to go live. But here’s a city-based ensemble, AD Live Trio, which has been saving time by being minimalistic and redefining stage performances by going wireless. 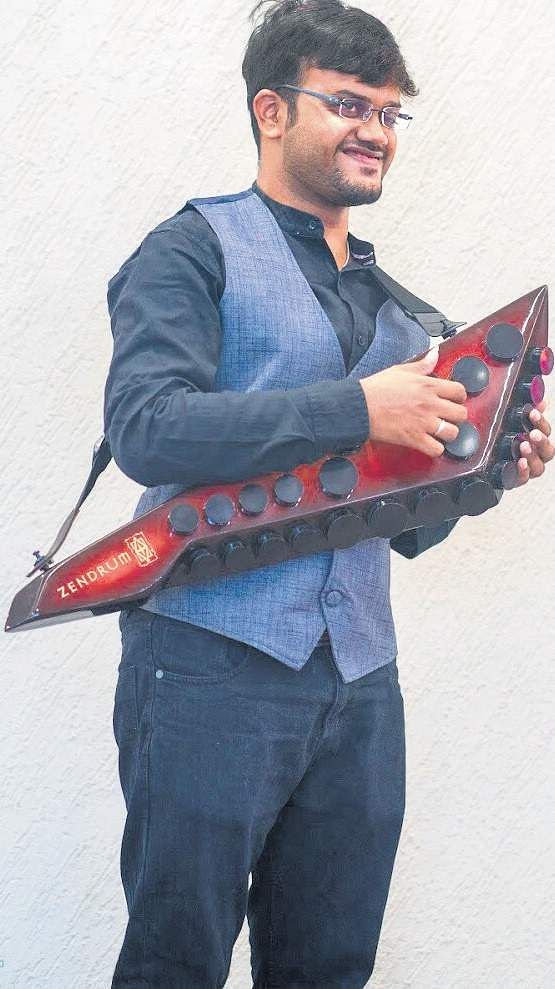 “AD Live Trio was formed specifically to present a compact and unique set-up on stage, coupled with a beautiful selection of songs,” shares Achutha Kumar, drummer-percussionist and founder of the troupe, which consists of Srikanth on Aerophone and Sheik on Keytar.
Talking to CE about how the concept was ideated, he tells us about a rare instrument — the Zen drums. “That piece of the instrument has been redefining modern drumming. It’s a midi controller. For a performer, moving without the limitation of a wire, playing and interacting with the audience is important. This instrument came in handy for that. Very few people in India own this instrument and I am one among them. This thought of interacting with the audience during a performance, shaped our concept,” shares Achutha who also owns three other bands — Pranetra (an independent fusion band), AD and the Band (ft. playback singers and super singers), and Project Triplet (ethnic western band), under the wing of AD Live Entertainments.

“In a wireless world, where we have made everything from communication to cooking wireless, why not make music wireless? We usually walk into the crowd with wireless gear and play the requested songs. The audience energises us and we thought, ‘Why not be with them and play what they love?’,” he says.
The band has so far performed in the IBCN International Business Conference 2019, Sutherland Business Excellence Leadership Awards, SBI Annual Family Meet 2019, ILDCON and Indian Market Place 2019.
“The response we have received has been amazing. With the wireless concept, our audience gets to experience something new,” he says.

The band uses a wide range of instruments including the Zen drums, Aerophone, Keytar, and synthesisers. “These instruments are unique. They are rarely used in concrete and enable performers to connect with audiences,” he says.
The ensemble’s creative process changes from event-to-event. “Sometimes we don’t stand on the stage and perform the conventional way. We enter from different points and start playing — like a flash mob of sorts. This piques the audience’s interest. We also experiment with various styles and invent new sounds to keep the crowd on their feet,” he says.

According to Achutha, the city’s live music scenario is expanding its horizons. “There is a lot of competition and there are new expectations every day. We are working towards giving our best,” he says.
The band has been working on blending different genres of music. They will be soon be performing at corporate events for companies like Audi, MRF, HP. “We also have some interesting international projects lined up. We will be performing in Australia, Singapore, and Malaysia,” he says.