The neck of the womb is called cervix. Cervical cancer is one of the most common cancers in women. Extensive research has proven that it is caused by a virus called Human Papillloma Virus (HPV).

CHENNAI: The neck of the womb is called cervix. Cervical cancer is one of the most common cancers in women. Extensive research has proven that it is caused by a virus called Human Papillloma Virus (HPV).
HPV infections are common. Approximately 75 to 80 per cent of sexually active adults will acquire a genital HPV infection before the age of 50. There are many types of HPV which affect different areas of the body. Most HPV infections are temporary because the body’s immune system effectively clears the infection. 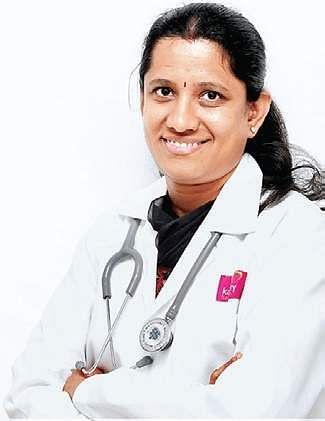 Screening tests are done on apparently healthy people to identify the risk of disease. If screening tests are positive, diagnostic tests are also done to identify the disease. The incidence of cervical cancer has reduced remarkably in the last two decades due to a screening test called Pap smear. It is one of the simplest outpatient tests and patients need not panic. It is not painful, but some may experience a mild discomfort.
The screening processes for both Pap smears and HPV tests are simple and fast. The cells are removed from the cervix with a brush or other sampling instrument. For a Pap smear, the sample is examined to see if abnormal cells are present. For an HPV test, the sample is tested for the presence of 13-14 of the most common high-risk HPV types.

Early identification of cellular changes can help in treatment greatly. Studies have confirmed that screening improves early detection of cancers by 1.5-2.5 times. As it takes three to seven years for high-grade changes in cervical cells to become cancerous, regular screening enables early identification of precancerous conditions and allows enough time for treatment.

It is alarming to note that awareness levels of women-related cancers are low among the general population. At a national level, there have been regular campaigns against cervical cancer. But, this has had little impact on the morbidity and mortality of the disease. Sadly, nearly 70 per cent of newly-diagnosed cancers are detected at later stages. Late detection also adds to cost of treatment as estimates indicate that the treatment cost for late-stage cancers is almost two times higher than the cost of treatment for early-stage cancers.

Injections are available in the form of HPV vaccines to prevent cervical cancer. According to World Health Organisation guidelines, HPV vaccines can be administered to girls between the ages of nine to 26, and if needed, even to women till 45 years. The most important condition is that even after vaccination one should get Pap Smears done regularly. The author is a consultant obstetrician & gynaecologist and fertility specialist at Kauvery Hospital.

Women aged 21-29 years should have a Pap smear test every three years. HPV testing is not recommended.

Women aged 30-65 years should have a Pap smear test and an HPV test (co-testing) every 5 years (preferred). It is also acceptable to have a separate Pap smear test every three years.

Women above 65 years need not have a Pap smear test if they do not have a history of abnormal cervical cells or cancer and have had either three negative Pap test results in a row in the past 10 years.

If a woman has had a history of cervical cancer or cervical cell changes, she will have to continue screening for 20 years after the surgery.

Women who have had hysterectomy (surgical procedure whereby the uterus is removed) may still need screening. This depends on whether the cervix was also removed along with the uterus, why the hysterectomy was performed, and whether the woman had a history of moderate or severe cervical cell changes or cervical cancer. This is because cervical cells can still be present at the top of the vagina and can develop into advanced cancer.

Sedition case filed against me for exposing scams of UP government: AAP leader Sanjay Singh

Use of Chinese apps TikTok, WeChat to be banned in US from Sunday