Beyond Mars and Venus

The universal state for women is happiness. Happiness at basic human decency, happiness at the bare minimum from romantic and sexual partners.

CHENNAI: Rochana Mohan compares herself to the stereotypes women are forced to fit into. Soumyadip Sinha illustrates to remind everyone she is perfect and...

Cooking
We’ve all laughed at marriage ads for a ‘homely’ woman who can cook. I’m a woman of marriageable age who doesn’t leave the house or argue too much with male figures, so the homely part is okay. However, I’ve given my sister food poisoning…over soup. But, I can make some really killer Maggi — figure out what ‘killer’ means in this context. 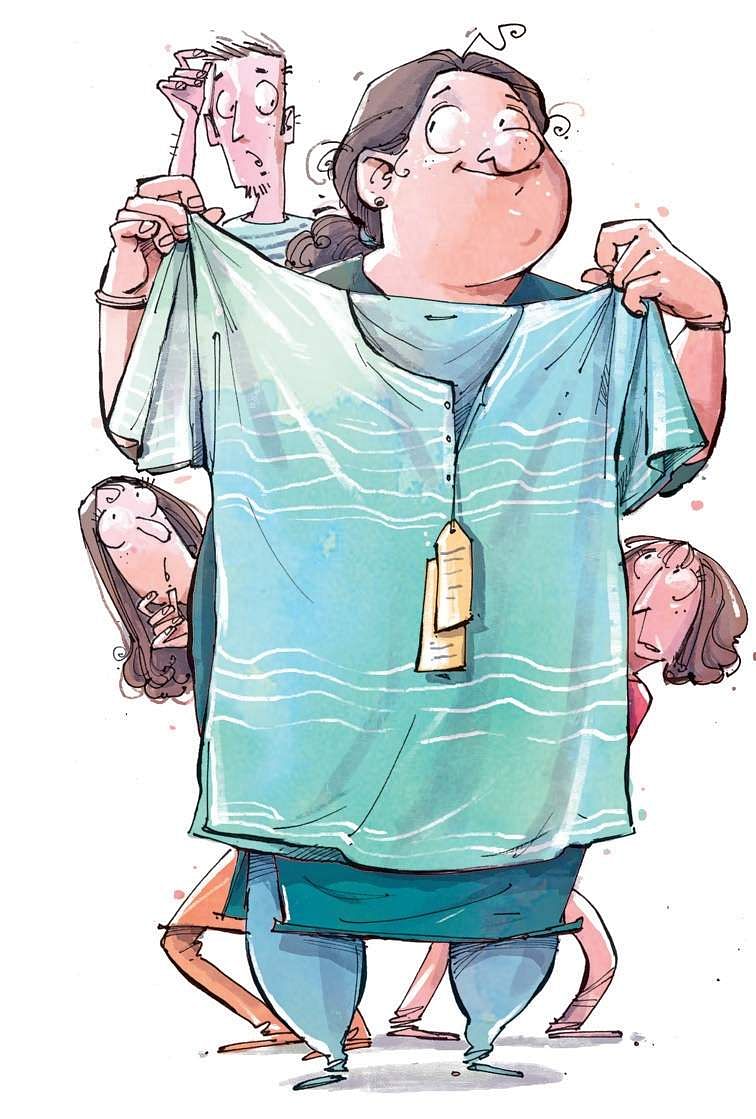 Bloody issues
The universal state for women is happiness. Happiness at basic human decency, happiness at the bare minimum from romantic and sexual partners. And should a woman ever feel anything that is not happiness — be it sadness or even worse, anger — there can be only one cause: periods. Anger and sadness are not universal human responses to a situation, and if women feel that way, it’s because they’re PMSing. But I don’t feel any sadness or anger, because I’ve repressed all of that under layers of humour and deflection that are almost impossible to tear through. Tee-hee!

Soft-spoken
A woman is seen, not heard. Being seen is not an issue for me — I last went to the gym in 2007, and I was the goalkeeper in school for one reason alone: I blocked half of the goal just standing. And should the worst happen, shoud I be *gasp* heard, my voice has all the dulcet tones of a tanker lorry with a broken engine honking at a signal.

Grace and Posture
A straight back and sprightly gait is supposed to be irresistable to the opposite sex. In a moment of weakness, I thought I wasn’t graceful, so I took a Bharatanatyam class — but a half-squat wasn’t going to help me. Yes, the lady with poise gets all the boys, but the lady with a flat feet makes their hearts beat (in concern).

Fashion
Coco Chanel once said ‘Dress shabbily and they remember the
dress; dress impeccably and they remember the woman.’ I’ve gone the extra mile by dressing shabbily and forcing them to remember if I was a woman, and by dressing impeccably and making them remember Bappi Lahiri. Now, that’s because my fashion sense is impeccable — yesterday, I wore a matching shoe with my shirt. But I’d like to remind our readers that the outside doesn’t matter, it’s the inside that counts and the inside has a severe case of Irritable Bowel Syndrome. Bad drivers
The Lady Driver is a creature whose name has fallen off every driver’s lips — a notorious being, whose ways are regarded with skepticism. When I drove like a male food delivery executive, I was immediately reprimanded by men on the road. So if slow and steady or fast and furious don’t cut it, do I go for mediocre and mocked? (Also the title of my autobiography)

Children
Now, I love children. They’re a big reason there are regular Pokemon games every year, which makes me very happy. Children are wonderful, but wonderful only by an association once removed. For example, it’s wonderful to see my nephew when I do see him, but if I had to see him every day, I wouldn’t be as loving as I am right now. Also, how do I take care of a child when mentally, I’m barely four?

Marriage
If life was a videogame, the final level for women is marriage. For men, the final level is never crying. And for everyone in-between, the final level is basic human rights. Marriage doesn’t seem attractive to me — I don’t intend on selling my privacy and basic respectability to any other person. That’s a privilege given only to Faceboook. I’m too precious to be with one person for life — and although there is enough of me to go around, why tie thalis when you can eat off thalis?