Rare vegetables in a tasty task

In 1951, Samaithu Paar (Cook and See) penned by S Meenakshi Ammal, was part of the wedding trousseau for many young Tamil brides looking for kitchen wisdom.

CHENNAI: In 1951, Samaithu Paar (Cook and See) penned by S Meenakshi Ammal, was part of the wedding trousseau for many young Tamil brides looking for kitchen wisdom. A repository of traditional recipes packed with instructions, the book also often found a prized place in the bags of families crossing the proverbial seven seas during the 60s.

Food was, after all, going to be their way to stay connected to their roots. Just as Meenakshi Ammal was becoming a household name in the Indian subcontinent, miles away, American TV chef Julia Child was teaching the Americans to cook French cuisine. Her first cookbook Mastering the Art of French Cooking was later adapted into a comedy-drama in 2009 titled Julie & Julia, in which the protagonist set herself a mammoth challenge to attempt all 524 recipes in the book in just 365 days.

Cut to 2020, on March 1, Akash Muralidharan, a citybased food designer, decided to take inspiration by combining the two acclaimed works. Through his 100-day recipe challenge called Cook and See, Akash intends to cook 100 recipes using traditional and local vegetables that have started disappearing from our kitchens. “Going by the movie, a 365- day challenge would’ve been too ambitious. So I settled for whatever was possible during the lockdown to identify the commonly used vegetables in kitchens and the challenges home chefs encounter in getting access to traditional varieties in markets. The recipes shared are from S Meenakshi Ammal’s cookbook,” says Akash, who has a Masters degree in Food Design and Innovation from IULM University, Milan. 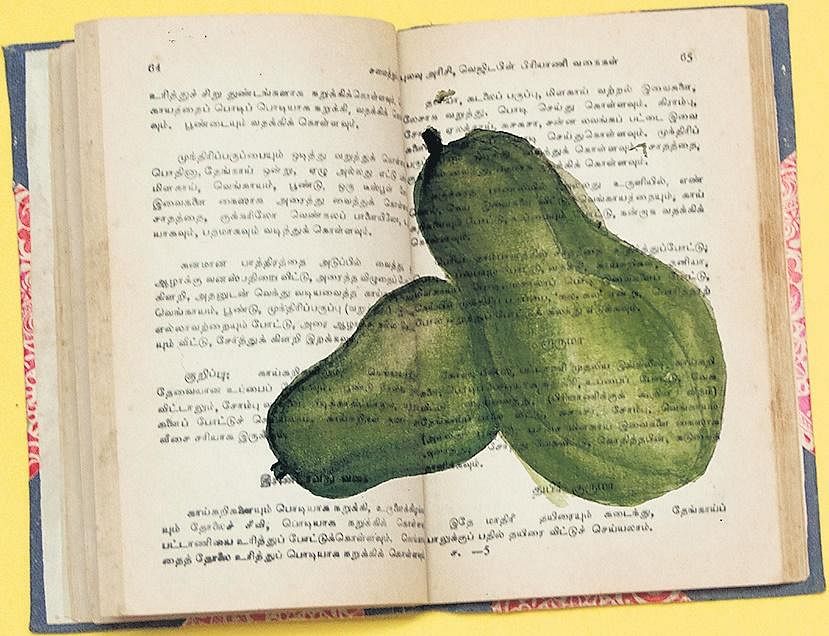 Food investigation
After his graduation, when Akash moved back to Chennai a few months ago, he chanced upon his mother’s first set of cookbooks that are more than 60 years old. One from the treasure was the three-volumed Samaithu Paar. There were also handwritten recipes and letters from his late grandmother. Akash soon found a purpose. Since the discovery, he has uploaded 92 posts about 92 different traditional vegetables on his Instagram account as part of the challenge. The most recent post is about a moringa flower recipe. Each post bears a picture of a vegetable, followed by the recipe using the vegetable and a description of the origin, nutritional benefits, and texture.

“I managed to upload a video of the recipe in the first 45 days. A few days after the lockdown, however, I’ve been able to upload only pictures of the recipes since sourcing these vegetables or venturing out has been difficult. To keep the posts colourful and attractive, I collaborated with my friend Darshini Narayanan who has done the illustrations, and my friend Srishti has helped me with the watercolour work. I wanted to target an age group of 20-30 who are active on this social media platform. The next generation needs to know the rich variety of ve getabl e s available in the market,” shares Akash, who also surveye d a small sample size within his gated community for the 100-day challenge to note the details and patterns in everyday food habits.

The food designer curated a list of unfamiliar vegetable names such as coleus potato (sirukizhangu), velvet beans (poonaikaali), spiny gourd (mezhuku pakal), clove beans (mookuthi avarai)...and handed it to select home chefs to find out how often these vegetables were cooked, a week before starting the series. The responses — ‘They are not available in the market anymore.’ ‘We don’t know to cook with them.’ ‘We didn’t know they existed.’ — goaded him to continue his challenge. “People were happy with staples such as carrots, beans, potatoes and onions. They did not want to look beyond what makes it to their shopping lists,” shares Akash.

Eat, explore, educate
Growing up in a joint family, Akash gives full credit to his grandmother’s influence. “I vividly remember grandma passionately sharing trivia about every vegetable that grows in her garden. When I was doing my internship while pursuing my Bachelors degree in architecture, I lived alone and these memories kicked in, rekindling my love for cooking,” reminisces Akash. Working for The Center for Genomic Gastronomy, an online- based, independent research group that examines the biotechnology and biodiversity of human food systems, also added flavours to his understanding of food in other cultures. “A group of artists work for the centre from all parts of the world.

We present food-related projects on various subjects to people through exhibitions. I represented the centre at the New National Dish exhibition in Dubai in January 2020 on the topic ‘How climate change will influence the consumption of food in the country.’ I also got to meet Caton Heark, the curator of Victoria and Albert Museum in London. She is the curator of Food: Bigger than a plate exhibition at the museum where food is the medium based on which designers and artists displayed their work. She also gifted a book to me with the compilation of some of the works.

All these are a few tiny milestones in my journey to stay connected with food,” says Akash with a glint of pride. He plans to incorporate the 100-day challenge in a book format to reach a wider audience. “I need to talk to more home cooks, restaurants, policymakers, economists...food is an ocean and there are many layers to it. Secondly, many find my designation as a food designer to be bizarre. The field focuses on nothing but the design process that leads to innovation or products, services, or systems for food and eating. I want to put my education to meaningful use and spread a word about it,” he says. —

Now we are on Telegram too. Follow us for updates
TAGS
Samaithu Paar Akash Muralidharan Cook and See recipe challenge