In a first, morning walker in Chennai fined Rs 100 for violating lockdown

The man left for his usual walk to Pondy Bazaar at around 7 am in the morning, like he had been doing for the past three months. But much to his surprise, cops intercepted him and issued a challan.

CHENNAI: In the first incident of its kind in the city, a morning walker from T Nagar had to pay a penalty of Rs 100 for violating lockdown norms.

The man left for his usual walk to Pondy Bazaar at around 7 am in the morning on Thursday, like he had been doing for the past three months. But much to his surprise, cops intercepted him and issued a city corporation challan.

"They asked me to pay Rs 100 and mentioned the category of violation in the challan as 'morning walk'. For the past three months, nobody had stopped me. Also, I was walking alone and not in a group," said the man on condition of anonymity.

Civic activists said that they were unaware about any such rule. "Section 144 restricts people from walking in groups. But stopping morning walkers is very new to us. Also, it is not that big an offence to be fined. Before fining, the officials must spread word that it is an offence as all through the lockdown, morning walkers have been venturing out," said civic activist T Sadagoppan. 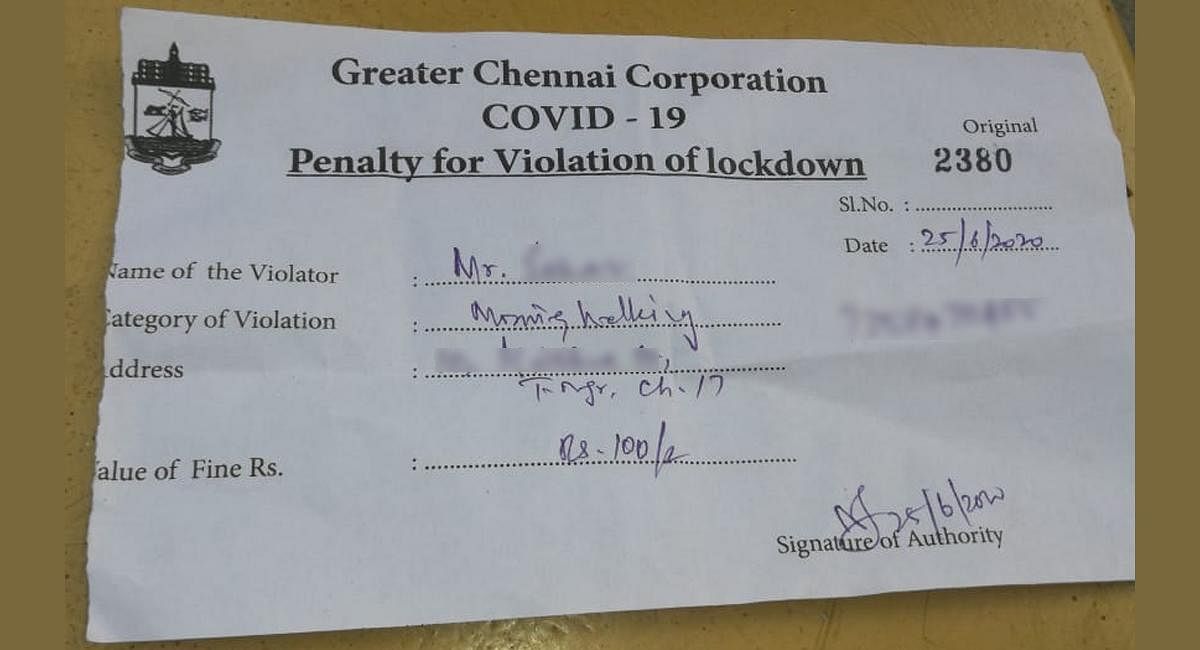 Some people, however, welcomed the move. "Collecting fine actually makes sense because these walkers will not stop with just walking, they will have tea, sit for a chat with fellow walkers and other things. Though it did not happen in the intense lockdown, I have seen morning walkers talking in groups last month. Violations must be penalised," said R Usha, a resident of Besant Nagar.

When contacted, Meghanath Reddy, Deputy Commissioner (Revenue & Finance), said the issue was brought to their notice and they were unaware about who fined the morning walker. "The revenue department looks at fines and social distancing violations only in establishments. We are trying to find out who issued the challan. However, we urge the public to stay indoors during the lockdown to contain the spread," he said.

Now we are on Telegram too. Follow us for updates
TAGS
T Nagar lockdown violation Pondy Bazaar