Dussehra has different faces of celebration in different parts of India — dandiya and garba in the west, Ramleela in the north, Durga Puja in the east, and Golu in the south.

CHENNAI: Dussehra has different faces of celebration in different parts of India — dandiya and garba in the west, Ramleela in the north, Durga Puja in the east, and Golu in the south. But tucked away along the coast of Thoothukudi, a small village called Kulasekarapattinam turns into a carnival of folk music and dance on these ten days, as the devotees of the resident deity Mutharamman celebrate Kulasai Dasara. During this period, devout men from the nearby districts and villages undergo a 41-day fast.

Dussehra is the time of the year when they assume the guise of various gods and goddesses like Kali, Shiva, Vishnu, and even as monkeys, kings and other characters from popular mythological tales. Decked up in colourful attire teamed with bling jewellery and wearing waistlength hair wig, the devotees go around the village. 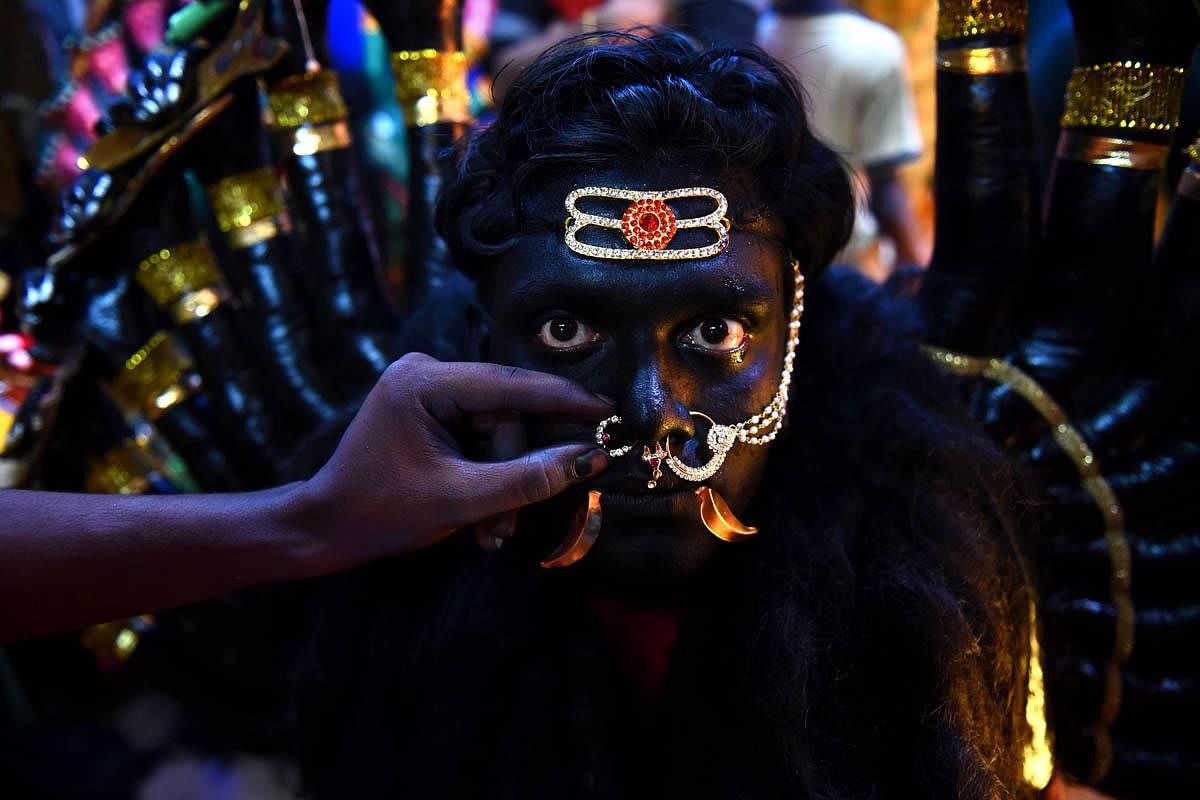 Those who portray the avatar of Goddess Kali are revered here during this festival. It is a common sight to see villagers seeking blessings from the Goddess and offering money and fruits. The devotees in garbs put up performances to collect alms, which is then donated to the 300-odd-year old Muthumariamman temple.

The celebrations come to an end with Soora Samharam, depicting the story of Mahisasura Mardhini, where Goddess Lalithambika arrives riding a lion and slains the demon Mahisasura, on the seashore at midnight. The devotees then walk towards the sea to take a dip and end their fast.

This year, despite the prevailing pandemic, the spirit was not dialed down. With the exception of not permitting devotees to gather at the seashore, due to the fear of risking infection, the grandeur of the festivities came alive on their narrow streets.