A treasure to hold on to

In Richard Garfield’s Treasure Hunter, players draw cards, hunt for treasures of different strengths,
steer clear of cursed ones, and lead their team to victory

CHENNAI: When Richard Garfield’s name is on a board game box, you stop and pay attention. The man’s a legend — Magic: The Gathering alone would be enough to secure his legacy, but he’s also the designer of King of Tokyo, RoboRally and Android: Netrunner.

Today, we’re taking a look at one of his less high-profile releases, Treasure Hunter. In Treasure Hunter, 2-6 players are...hunting for treasure over the course of five rounds and whoever has the most valuable loot at the end of the game wins. Each round, players will select a team of treasure hunters and send them out to explore three locations, each with a couple of treasures on offer; and, depending on the strength of each player’s team, those treasures will be assigned accordingly.

However, there are three wrinkles that transform this seemingly-straightforward exercise. The first wrinkle is that players select their treasure hunters by drafting a hand of cards. In case you haven’t encountered that term before, here’s how it works — each player draws 9 cards to begin with, selects one of them to keep and passes the rest to the player on your left (or right, on alternate rounds). Repeat until all cards have been passed on this way. When it released in 2015, 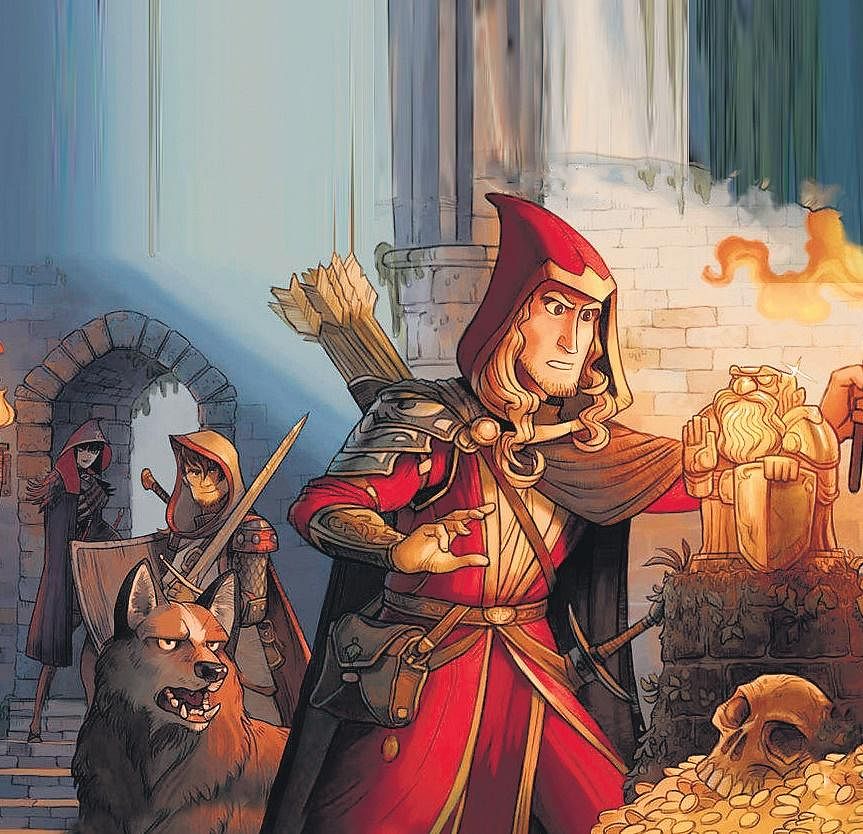 Treasure Hunter would signal the beginning of a trend of sorts for Garfield — he’d go on to release a few more card-drafting games in the intervening years (specifically, Bunny Kingdom and Carnival of Monsters). Carddrafting is an excellent mechanism in general and it works particularly well in Treasure Hunter — because you’re getting to see the bulk of the cards as they cycle around the table, you have some idea what your opponents might be collecting but you can’t be certain who has what. That has particular implications because of wrinkle #2, which is…

Each location has two treasures, but one of them goes to the team with the highest strength and the other one goes to the team with the lowest (but still greater than 0!) strength. This immediately shakes up the drafting phase, because competing for low-strength cards is now as necessary as going for the high numbers. Especially because of the final wrinkle, which is…

Not all treasures are equal, or even good. You’ll often come across instances where the treasure in the minimumstrength spot is just better than the one that’ll go to the strongest, which flips the usual script on its head as players desperately scramble to pass off the high cards and keep the low ones to themselves. Adding even more chaos into the mix are the cursed treasures, which cost you points if you happen to ‘win’ them. There’s a lot more that I haven’t even spoken about yet — some treasures are magic scrolls that can give you bonus multipliers at the end of a round or game, and you can also draft guard dogs and try to get the majority of those.

Why do you need guard dogs? Because there are goblins in them there hills, who will sneak into your camps while you’re off treasure-hunting and steal your gold (which strikes me as a far more reliable income stream, really) and only your trusty canine companions can drive them off. There are points to be had for doing so, and you can even make that your focus instead of the treasures (although you probably still want a few of those).

All in all, Treasure Hunter is a very good game. It’s quick to teach, quick to play and it throws up a number of interesting decisions to make the whole way through. It hasn’t gotten a lot of recognition, and it certainly isn’t as earthshaking as some other games Richard Garfield’s name is on, but he can still be proud of this one.