A race against time at Istanbul

You and your friends can go around the titular city, mastering deals, earning the Sultan’s favour and scoring rubies; may the best merchant win

CHENNAI: Istanbul is a 2-5 player game in which you and your friends will play merchants, scurrying around the bazaar of the titular city in a race to earn rubies. And it is a race, because the first one to win five rubies will trigger the end of the game (although they won’t necessarily win it — more on that later!) So how do you earn rubies? Well, the bazaar is filled with a variety of ways.

You can just buy them outright from the gemstone dealer; although he doesn’t do credit, and you’re going to need a lot of cash on hand. Alternatively, you can donate some of your finest wares to the Sultan’s Palace and you’ll be rewarded with a ruby. That’s not the only use for the goods you’ll pick up, however, as you could also make offerings to one of the mosques; do that twice, and they’ll give you a ruby.

Or you could just funnel all of your earnings right back into your enterprise by upgrading your cart, which increases the number of resources you can carry around; and, if you upgrade it fully, you’ll get — you guessed it — a ruby. A large number of boardgames, most famously Agricola, are designed around scarcity — players will have to fight to eke out the resources they need to get by, let alone prosper. The point I’m trying to make about Istanbul is that it’s the very opposite of that. 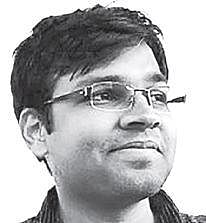 There are opportunities everywhere, and it’s up to you to figure out the best route to go. However, if your opponents block you, it’s no great hardship — just go somewhere else and do something else. No matter what you do, Istanbul will give you something. It’s somewhat like Catan in that respect, just without the randomness of dice governing your output. Much as I’d like to, I can’t go into detail about the movement- based spatial puzzle that is your average turn in Istanbul — suffice to say that it is engrossing, every time.

Instead, I’m going to talk about one little mechanism in this game that I absolutely love the Family Members. You see, you’re a respected merchant, a veritable pillar of the community — but sadly, not every member of your family is so virtuous. Your Family Member (I tend to think of them as nephews) begins the game locked up in the police station. If you go there during the game, you can get him released — presumably by telling the police how much potential he has, and that he’s a sweet boy really. In return for securing his freedom, you can then dispatch the miscreant to any location on the board (even one that’s currently occupied) and he will perform the action for you.

Sadly, however, once he’s done so, he’s back to his mischief- making ways; which means that other players, if they happen to land on the location he’s at, can report him to the police who’ll arrest him all over again. That one little whimsical detail is an example of the sheer heart that Istanbul has, and it’s part of why it is one of my favourite games. I’m not alone in appreciating it — the Spiel des Jahres jury recognised its potential by awarding it the Kennerspiel back in 2014, and it’s still a no-brainer recommendation today.

Core Space: First Born
Core Space is easily one of the most attentiongrabbing boardgames out there thanks to the 3D
terrain that comes with each box and creates a magnificent sci-fi world on your tabletop. First Born, which is a second core set aimed primarily at co-op/ solo campaigns, is currently on Kickstarter and doing very well too.

burncycle
Also live on Kickstarter, burncycle is a co-op game about robots banding together to overthrow their human overlords. That’s a  neat flip of the usual script, but the real reason you should check this out is
because it’s by Chip Theory Games and comes with their traditionally insane production values.

Last Bastion
We recently picked up Last Bastion, which is a cooperative fantasythemed game that can be summarized as ‘Helm’s Deep - The Board Game’. We’ve played it twice so far, and it’s been fun enough
that we’ve got a third play of it scheduled soon, so it’s clearly a hit for us.