The wonder of wayward visitors

To a bird, the world is a set of maps and routes. This in-built knowledge is the reason for their survival. It allows them to migrate thousands of kilometres, to suitable climates and breed.

CHENNAI: To a bird, the world is a set of maps and routes. This in-built knowledge is the reason for their survival. It allows them to migrate thousands of kilometres, to suitable climates and breed. Most birds migrate long distances across continents, choosing an elliptical migration path. Sometimes, a few birds may stray from their regular path and land in new territory.

To the local ecosystems of that place, this bird is a type of passage migrant. The term is usually used for birds that land for food and rest, mid-migration, in places that fall on their migratory path. Some passage migrants may take a different path and get spotted in offcourse places.

This way, a few birds flying through parts of Asia might find themselves in Tamil Nadu, where these birds are otherwise a rarity. Birders may not always be able to pinpoint a particular reason as to why these birds stray, but wind currents, unforeseen obstacles and climate change are some of the usual suspects.

We present eight such passage migrants that have been recorded in Chennai and other parts of Tamil Nadu. Some of these birds are extremely rare and their sightings still amount to the single digits. Inputs by Umesh Mani, birding enthusiast and president of Madras Naturalists Society This species of the falcon family is known for their typical raptor-like claws. These birds are normally found across southeastern Siberia and northern China. During the winter, they have been spotted migrating across southern Africa.

Of all the birds on our list, these birds stray more often than the others. They have been found, off-path, in places like Italy, Sweden and the United Kingdom. Amur falcons have also been occasionally spotted in Puducherry.

Known for their signature kukoo call, these birds have been recorded across Europe, Asia and Africa. In India, they often migrate across the western region and are rarely found near Tamil Nadu. However, they have been seen around Coimbatore, the last time being in 2016.

This large bird of prey belongs to the same family as falcons do, Accipitridae. They prey on small mammals and prefer a habitat with many trees. These birds migrate across Europe, Russia, Northern China
and Northwest Mongolia. They have also been noted to stray towards south India. The last sighting of the bird here was near Pazhaverkadu this year; nearly three decades after the previous sighting in 1985 at Guindy National Park. 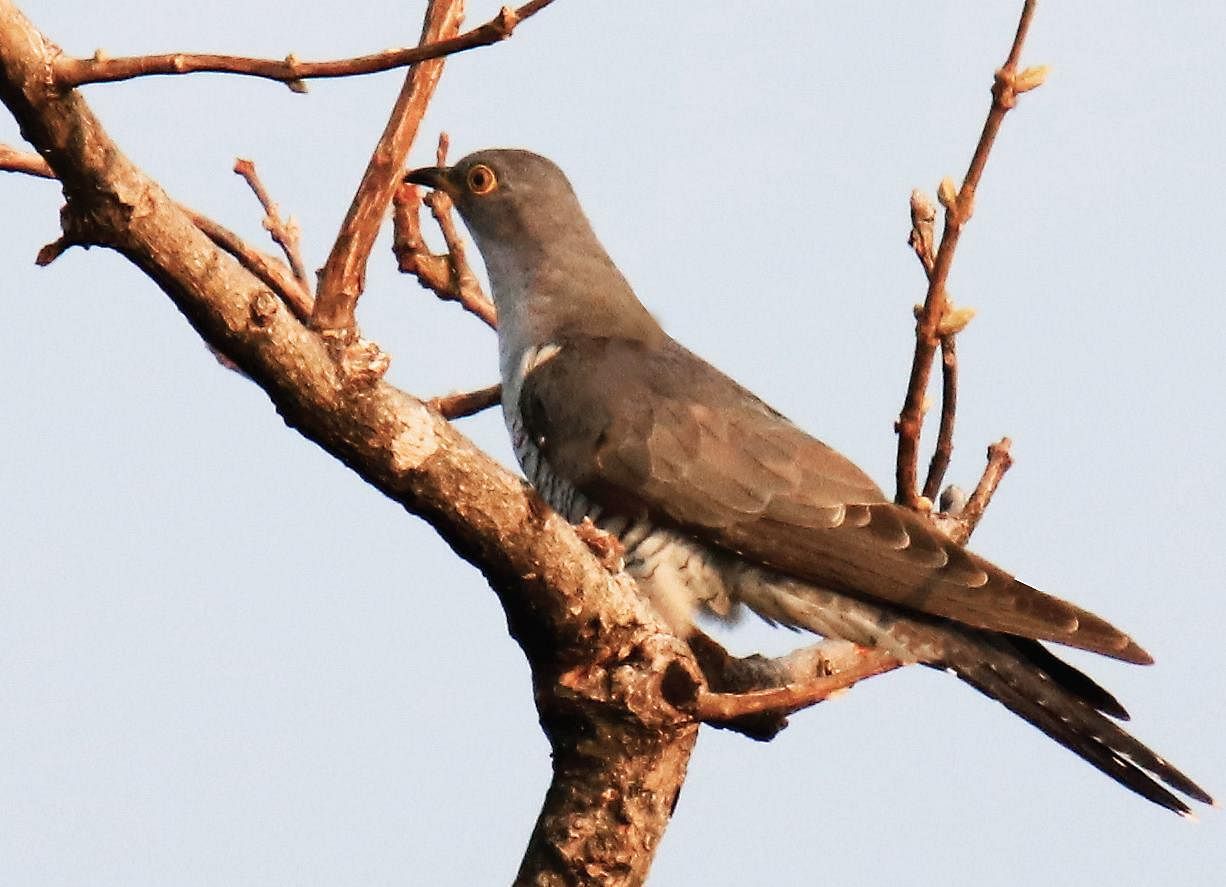 A species that falls in the range of smaller sized falcons, the Lesser Kestrel is a brown bird, sometimes mistaken for quails. They are summer migrants and nest across the Mediterranean, Afghanistan, Central Asia, China and Mongolia during the winter months. Because of their light weight, it is easy for them to ride wind currents and come further south to India, while migrating. These birds have been spotted around Vellore district, the most recent sighting being in October this year.

A slender-bodied falcon, this species of bird is known for its swiftness and speed. This species
is part of a subgenus of birds of the same build called Hypotriorchis. They are long distance migrants and travel across Africa, Europe and central Asia. These birds are a rarity in the south Indian region,
but records place the bird at the Guindy National Park in December 2016.

This bright blue species from the Roller family has been observed to breed only in the European
continent. Although, they are commonly found in central Asia, the Middle East and Africa. Because of their elliptical patterns of migration to and from Europe, there have been instances when these birds were spotted in Chennai — a result of a longer elliptical route. The most recent sighting was in October 2018 near the Adyar Estuary. These brown birds with a bluish grey chest are commonly known as sparrowhawks. Found in most habitats, these birds prefer hunting urban garden birds and flourish in cities and towns. They are normally found across temperate and sub-tropical Africa, Europe and Asia. During the winters, they fly across north Africa and western India. These passage migrants were last recorded in Tamil Nadu at the Guindy National Park in November 2016.

Another species of the Buzzard, this bird is slightly larger than the Common Buzzard. It’s wingspan ranges between 115 cm to 160 cm, allowing it to migrate across long distances. Commonly found in southeastern Europe, west and central Asia, China & central India, this bird is also a passage migrant to Tamil Nadu. It has been spotted near Tirupur in December 2016 and January 2017.

First buntings
A black-headed bunting in Chembarambakkam and a grey-necked bunting in Nanmangalam being spotted in the last week of October and first week of November — by brothers Sivakumar and
Sathyakumar Shanmugasundaram is perhaps the first documented sightings of these birds in Chennai.

Close to home
The spotting of the chestnut-winged cuckoo — a typical passage migrant for Chennai — not far from the Nanmangalam lake last week was the highlight of the informal birdwatching-residents’ project, said Jithesh Babu of Thirumalai Nagar, to a popular national daily.

As these migrants find their way to and from home territories, they’ve deigned to bless us city folk with
an occasional sighting closer to home. If you’re lucky, you might find one in the next few years!