CHENNAI: Commuting by special trains is becoming arduous for the elderly and single women. As visitors and those without confirmed tickets are not allowed on platforms, commuters have frequent clashes with railway staff. Officials say clear instructions were already given about the lack of assistance at stations, despite which elderly people continue to turn up carrying heavy bags.

“Elderly passengers need assistance while boarding trains. Despite guidelines being issued, many elderly people and single women turn up at stations every day, carrying 5-6 bags,” says an official. “It would be better if big bags and heavy luggage are transported through parcel vans, instead of sending them through people who struggle to carry them.” The Covid precautionary measures also consume a lot of time. 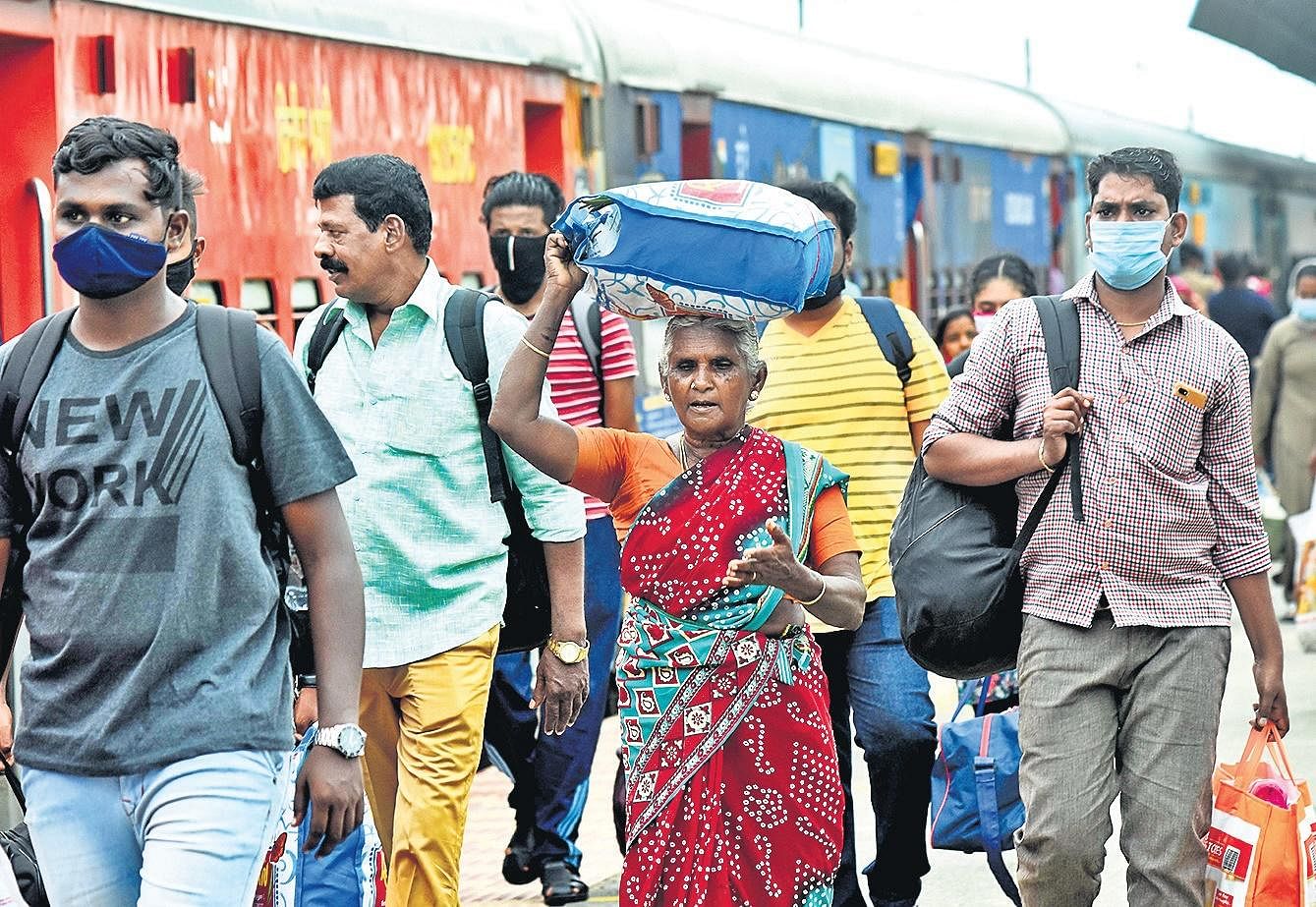 Passengers have to arrive at station 90 minutes prior to departure. They also have to undergo thermal temperature checks before being allowed to travel. Officials allege that there have been situations where staff were threatened for not allowing visitors.

“Most people do not realise that trains have been allowed for essential transportation,” says a senior commercial clerk. “People come carrying cards of advocates, politicians, and senior officials, asking to be let in to receive passengers.” Sometimes, officials say, the RPF personnel help the elderly carry their bags. It gets further difficult if they are boarding at stations where the train stops just for a few minutes.

Now we are on Telegram too. Follow us for updates
TAGS
chennai COVID 19 covid protocol