In the open ground of the kennel in Perambur, four dogs — three Labrador Retrievers and a Doberman — go about their training routine.

CHENNAI: In the open ground of the kennel in Perambur, four dogs — three Labrador Retrievers and a Doberman — go about their training routine. Heeding to the instructions of their handler, they weave through obstacles, perform jumps, sniff things down and complete an advanced version of fetch. 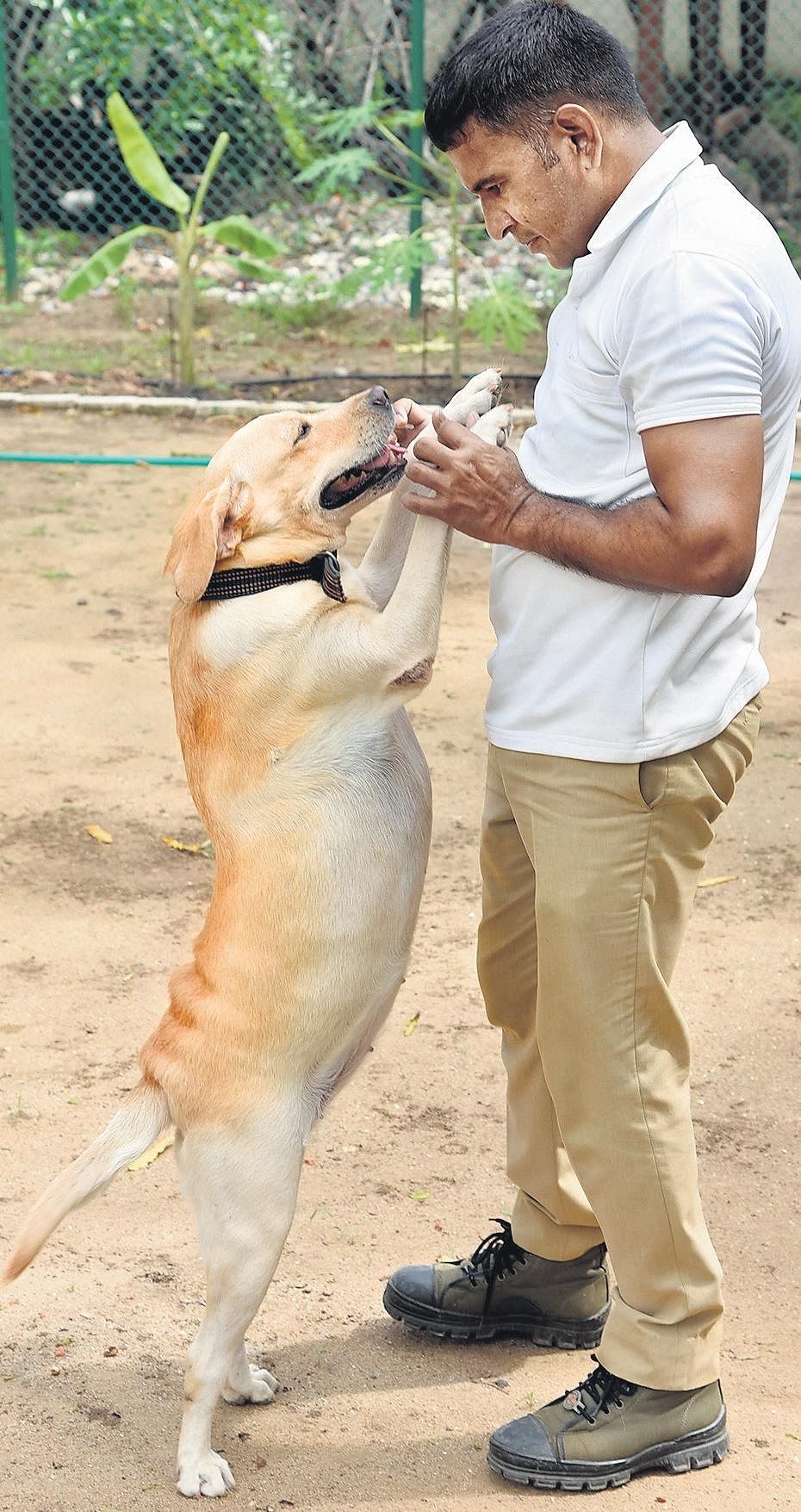 They have to be on top of their game, at all times; what with their duties of explosives detection (the Labs) and crime detection (Doberman). Inspector Komaleshwaran, under whose supervision this dog squad functions, says that these exercises happen every morning and evening, unless the dogs are called for duty. With the Labs aged four and a half years and the Doberman at three and a half years, these personnel have been in the training game for a few years now; given that official recruitment and training starts when they are six months old.

“There’s six months of training at the training centre. In the first three months, it’s basic training where you focus on obedience. You ensure they listen to and follow your commands. This is followed by three months of advanced training that prepares them for the duties they are chosen for (example: crime detection). While the training is complete by the time they turn one, the practice continues at the kennel wherever they are posted,” he explains.

While two Labs came to them from the BSF training centre in Tekanpur, Gwalior, the third Lab and the Doberman were trained in the Zonal Training Centre in Coimbatore’s Pothanur. All four have diligently served the Tamil Nadu Police in their capacity, assisting in crime detection and help assuage bomb scares. After 20 years at the job, Komaleshwaran says that there is nothing about it that doesn’t bring joy. “Just watching the dogs do the exercises or follow our command perfectly makes me happy. Some day, when they are in a bad mood, they won’t perform any task.

But the handlers will be able to recognise it and handle them accordingly. While they have not been able to do much for bomb detection, it’s thrilling to watch them detect crime — tracing the person’s scent or picking up things they may have dropped,” he narrates, adding that every part of the job is satisfying. Like you needed any more motivation to sign up for it!