‘Not only the thirsty seek the water, the water as well seeks the thirsty,” said the Persian poet Rumi.

CHENNAI: ‘Not only the thirsty seek the water, the water as well seeks the thirsty,” said the Persian poet Rumi. While these lines may not have been penned for India’s public wells, but it sure seems to have quenched the thirst of community service for two organisations — Cuckoo Forest School and Akarmaa Foundation.

A year back, the two organisations collaborated to revive the wells of Tamil Nadu — which are not just a source of water, but also places of congregation, a holy spot that villagers swear to during Panchayat meetings — and set up the Public Well Revival Movement. Beginning with their work for a well in Puliyanur, the team has since restored a few others in and around Tiruvannamalai. 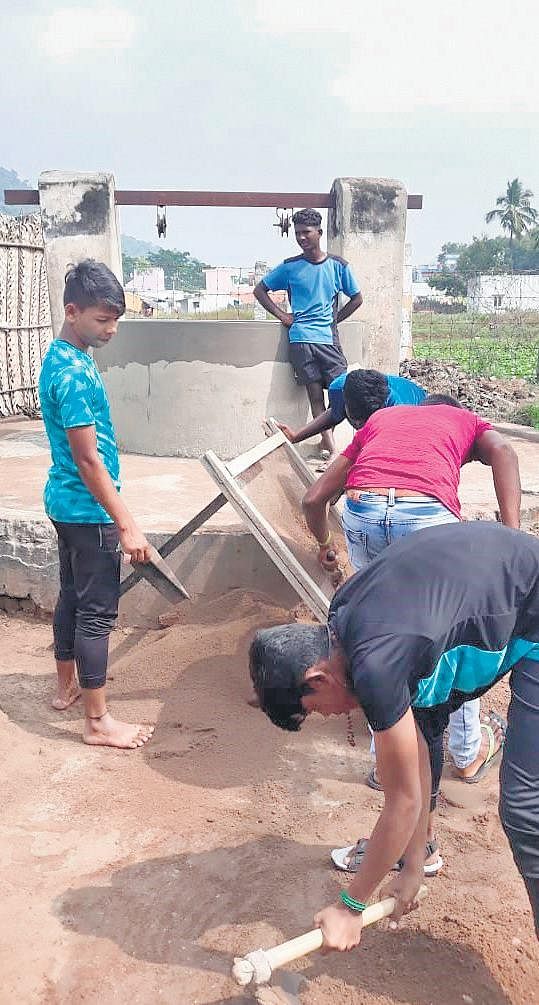 “The project is an ode to Swami Nigamananda, a Hindu monk, who went on a hunger strike for 115 days to save the river Ganga from pollution; and Anupam Mishra, an environmentalist and water conservationist, who worked on promoting water conservation, water management and traditional rainwater harvesting techniques,” says Madhu Manjari, an architect and volunteer. Aadiyur, Dhuruvam, Ayyampalayam and Narthampatti are the other villages where the wells have been revived.

In support of the Public Well Revival Movement, a calendar for the year 2021 has been designed, which illustrates the activities of the movement in the form of detachable postcards. “Every well has a story and a rich history behind it. We will expand the project to villages across different parts of Tamil Nadu. As of now, the 2021 calendar is to support the efforts of the Public Well Revival Movement. Although we plan to give it for free to people who order, we accept funds from well-wishers who want to contribute.

The proceedings will go towards the revival of wells in and around Tiruvannamalai,” assures Manjari. Giving us an overview of the process behind reviving a well, Manjari explains, “Either we identify the wells on our own or the villagers help us do so. After informing the senior authority of the area, we go about with the work. The well is dewatered with a motor. The dust particles accumulated over the years in the bottom surface of the well is cleaned.

This thereby helps to keep the groundwater table healthy. After which, desilting happens. Then, we construct the periphery and pathway around the well. The outer surface of the well is painted with pictures to give it a final touch.” While a few local villagers were initially apprehensive, the project gained momentum when children and some youngsters stepped up to lend a helping hand. “Each well takes a month or two to be revived depending on the size and the work required. Most of these wells were constructed by people in the neighbourhood and the panchayat leader.

So even for the project, many did not think twice to pool in funds,” points out Manjari.  Additionally, a database is being created of all the public wells across India as an open collaborative map, where photos and locations of the wells can be uploaded by anyone with a phone. A technical manual for well restoration is also being prepared that can be taken up by anybody.

“Soon after people started using tap water, the old charms of a well began to fade. We need to pass on the stories of the historical and cultural significance of these wells to youngsters to instil ownership and responsibility in them. We are encouraging people to bring to our notice of wells that need attention. After all, the wells have been giving water to people without expecting anything in return. The least we can do is to maintain them,” sums up Manjari.

People who wish to receive or gift the calendar can fill in the form https://bit.ly/2XS6jKr