A passion project for hip-hop prospects

From being infamous for its underground battles and street-side rap scenes to finding a coveted spot among mainstream genres, hip-hop music has come a long way.

HNNAI: From being infamous for its underground battles and street-side rap scenes to finding a coveted spot among mainstream genres, hip-hop music has come a long way. To the extent that youngsters wield it as a weapon to highlight social problems. While the genre largely remained outside our country’s movie music space, Bollywood’s Gully Boy (2019) did plenty to portray the art form in a dignified light and inspire many desi artistes to embrace the genre with pride and respect. 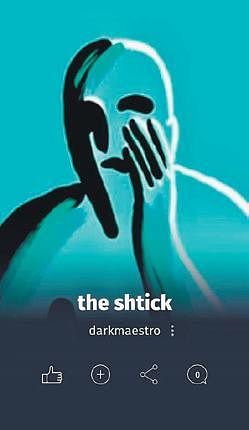 Going a step further, brothers Armaan, Amr and Hamza Mecca present Passionfruit Music  an app that exclusively features aspiring Indian and international hip-hop artistes and helps them to build a fan-base. The app is a community-based platform that levels the playing field for artists, rappers, producers and other creatives, and makes music discovery an organic process for listeners. The trio began developing their artiste database in April 2020 through their own networks, subsequently reaching out to more circles to expand the same.

Passionfruit Music now features 75 hip-hop artistes from India and Jordan the two markets that the app will be launched in, initially. “Our mother is from Jordan and we’ve also spent a couple of years there. We were exposed to the local music scene and were thrilled by their talent. Most of the artistes lacked the right exposure and well-connected platforms and were struggling to establish their presence. So, we wanted to streamline and dedicate this platform just for hiphop to put them in the spotlight. A majority of the artistes are from India. You will find English and regional language rappers,” points out Hamza.

Among their top artistes are Ankith Gupta, a 17-year-old producer, who holds a Guinness World Record for his latest track, 7500; Shyam Sasikumar, a genrebending composer known for an eclectic range; and Keralabased Var!n, a songwriter, producer and rapper who works in diverse styles. The app filters under preferences by genre, inspiration and mood to offer you the right set of tracks. Amr says that what sets the app apart for listeners is its unique algorithm. “This is also to help artistes reach their target audience. The platform uses a unique and intuitive algorithm that is based on shared choices.

Every user is placed within a circle with other listeners who have similar preferences. Each time they discover a new track that they enjoy, they can share it with their circle. Recommendations from like-minded users drive the listening experience, with fresh discoveries also being encouraged through audiovisual previews of new tracks that are tailored based on user’s taste.” The app promises to be user and artiste-friendly. “The artiste has to just upload the music tracks or albums on the platform. Many artistes spend a bomb when they go through multiple networks to reach the right people to produce their albums. It’s timeconsuming and drains them emotionally.

That’s why this platform is going to be a closed network with only hip-hop artistes so we can help them grow and build a community. We love hip-hop and the genre has so much scope in the future, considering it is much soughtafter among youngsters,” says Hamza. The app will be launched on PlayStore this weekend and on App Store by the end of March. App membership is by invitation only, and these can be procured by following Passionfruit Music on their social media channels. Registered users can then invite their own friends, using a song preview feature with an invite code. The app is currently free but a subscription model may be introduced.