Citizens from all age groups took to the streets near Sarojini Nagar metro station and scores of them hugged trees near the flats which are to be razed and formed groups around large trees. 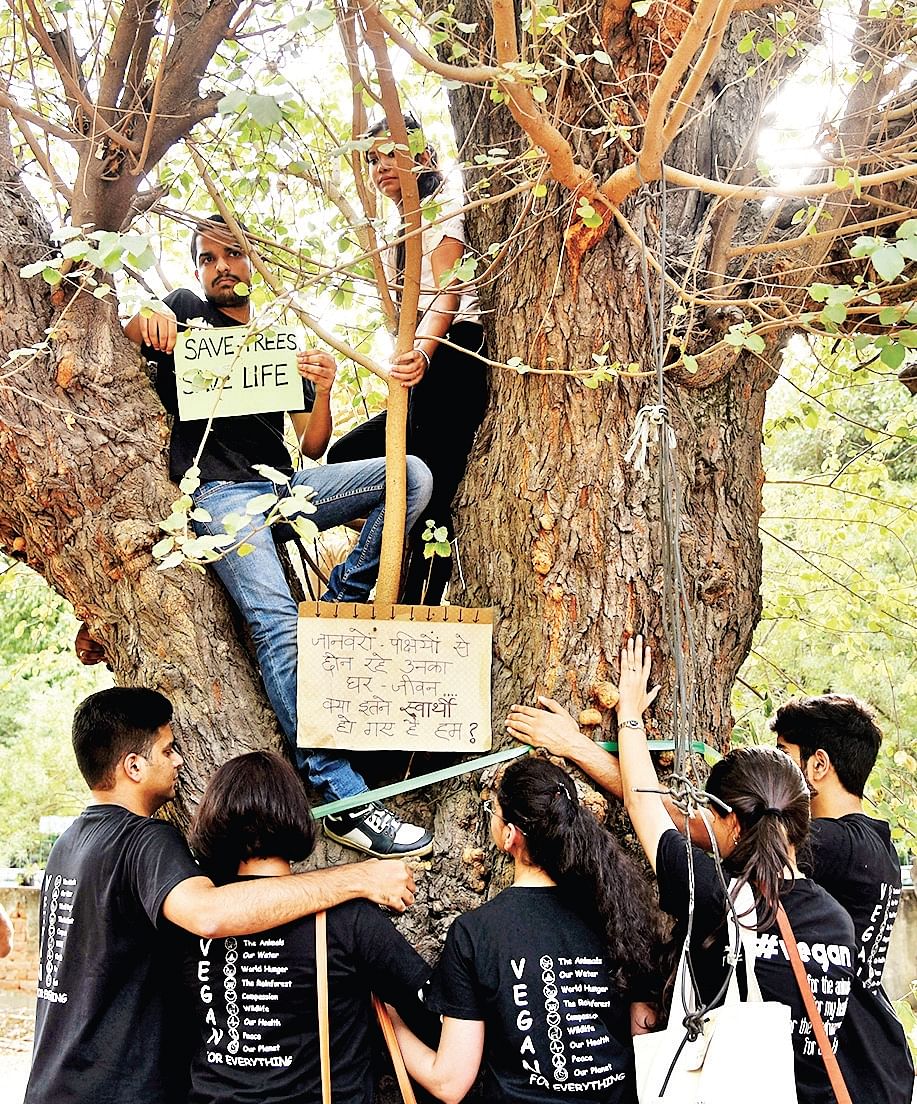 People hug a tree at Sarojini Nagar to protest against the proposed felling of around 16,500 trees in south Delhi, on Sunday | parveen negi

NEW DELHI: The government’s controversial redevelopment plan for South Delhi has hit a hurdle with locals in large numbers recreating the 1970s’ ‘Chipko Movement’ on Sunday in an attempt to stop more than 16,000 fully-grown trees from being cut to make way for government housing

Citizens from all age groups took to the streets near Sarojini Nagar metro station and scores of them hugged trees near the flats which are to be razed and formed groups around large trees, holding placards with messages such as ‘Save Trees, Save Delhi’, ‘Don’t cut down life, cut your greed’.

Word of felling of the large number of trees has spread like wildfire and social media campaigns are being organised to protect the trees, giving the issue a political turn. Delhi environment minister Imran Hussain joined the protesters on Sunday to show solidarity.

The Aam Aadmi Party, which rules Delhi, organized a Press conference to express its grave concern over the felling of trees.

“The redevelopment should be shifted to a place where there is not so much harm to trees. We will not let this happen. I will request Delhi L-G Anil Baijal and Union minister Hardeep Puri to not turn this area into a concrete jungle,” said Hussain. He had reached the protest site along with AAP leaders Saurabh Bhardwaj and Raghav Chadda in the evening.

“For the last four months I was asking the government about its environmental clearance. For three months I got no replies. How can you openly violate law,” said petitioner Anil Sood.

Now we are on Telegram too. Follow us for updates
TAGS
Chipko Movement redevelopment plan Sarojini Nagar Save Trees Save Delhi