The sixth annual edition of the Woodpecker International Film festival (WIFF) kickstarts on November 23 at Siri Fort Auditorium in the Capital.

The sixth annual edition of the Woodpecker International Film festival (WIFF) kickstarts on November 23 at Siri Fort Auditorium in the Capital. Best known for its focus on promoting issue-based cinema, this festival will be inaugurated by veteran actor and theatre director Avijit Dutt and child rights expert Razia Ismail.

The three-day festival will screen 58 films on contemporary issues from around the world. The founder-director of the festival, Rao Narender Yadav, says, “WIFF believes in showcasing meaningful cinema. Over the years, it has emerged as a popular and credible platform for independent filmmakers to showcase their work, and it continues to be one of the much-awaited film festivals in the Capital. The festival will bring the best of Indian and global cinema for film lovers and has an interesting line-up this year too.” 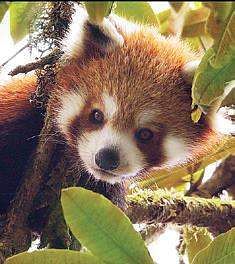 The festival will open with a strong focus on the issue of global migration and displacement due to a variety of factors including violence, climate change, poverty etc. Two films on the issue of displacement will be screened in the opening ceremony of the festival. These are Sina Salimi’s Roof Knocking, a short film on the ongoing violence in Gaza, and Nadine Beaudet and Christian Mathieu Fournier’s A House for the Syrians about a community initiative to welcome a Syrian refugee family.

The international fare at the festival includes Bullies, Meet Peter, My Dad Matthew, Listening to a Smile, Abu Adnan — Adnan’s Father, and Agwaetiti Obit. The author writes on entertainment and food besides other things.