Elections are likely to be held early next year for 70-member Delhi assembly.

The committee will be headed by party leader Rajiv Satav and its members include Virender Singh Rathore and Challa Vamshi Chand Reddy.

The screening committee will deliberate on names of party candidates sent to it by the Delhi unit and make its recommendation to the party's central election committee. 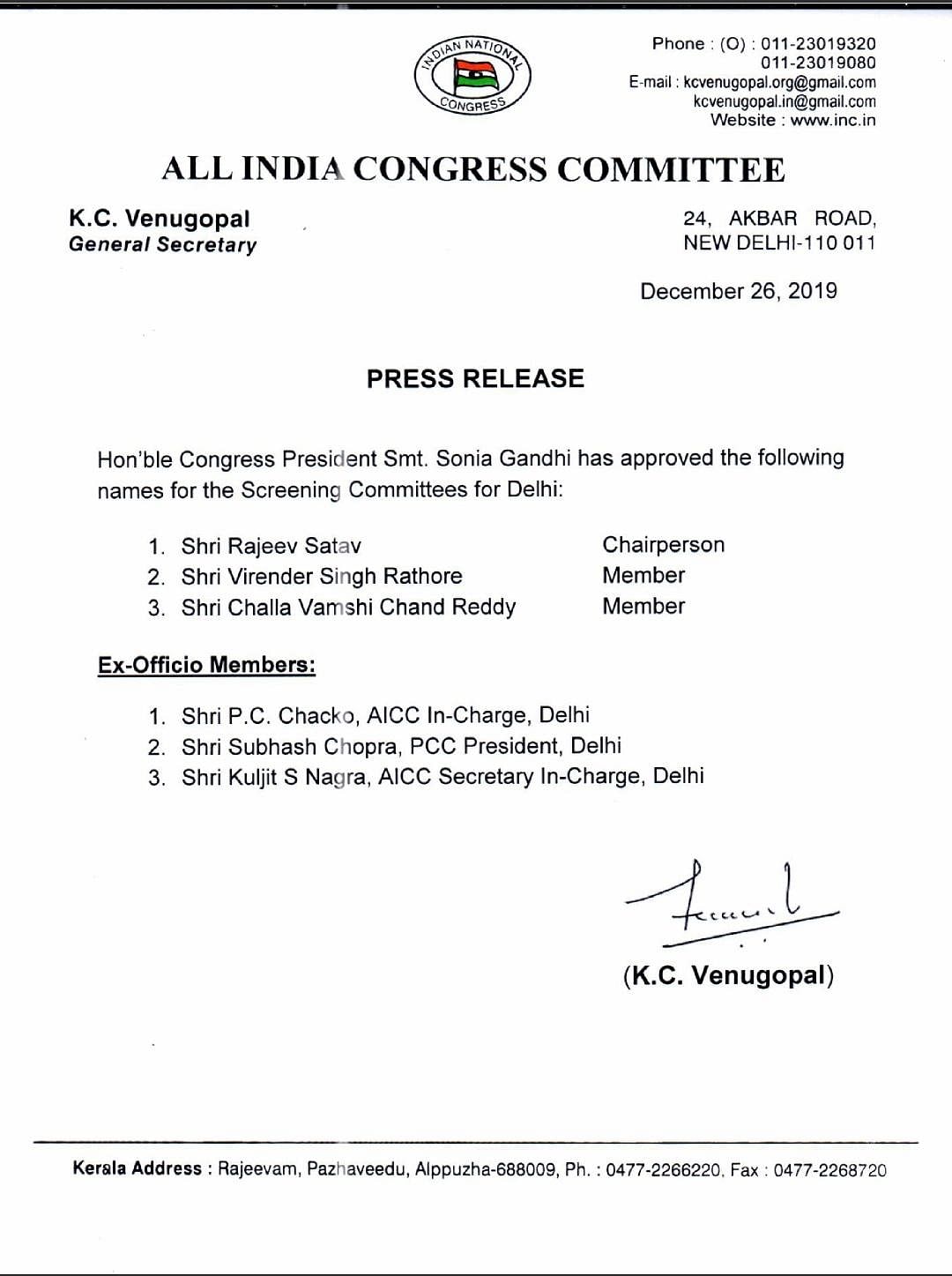 Elections are likely to be held early next year for 70-member Delhi assembly.

The ruling AAP registered a landslide victory in 2015 elections and won 67 seats.