When Ajay Prasanna was born, the flute was among the first sounds he responded to. His father, the legendary flautist Bhola Nath Prasanna, would fill their home with an endless pouring of musical ecstasy and his son plunged himself in its fullness.

Recounting those childhood moments a day before the annual commemorative music festival, Guru Bhola Nath Music Utsav, is son and flautist Ajay. “He is with me always because music is not in the body, it’s in the soul.” 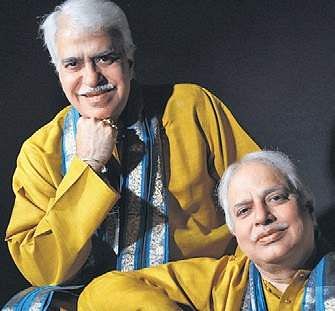 As an inquisitive three-year-old, Ajay would perch up to the window of the riyaaz (practice) room to watch his father absorbed in the music.

This served as an early influence for Ajay’s interest in learning the instrument.

“How he would quickly change from one raga to another while teaching his students was wondrous to watch. The classes were penetrative because the students weren’t allowed to write or record, and so everybody gave their full attention to memorising and understanding what was being imparted.”


It presents living legends on a stage from where audiences can witness the grandiosity of India’s musical heritage, of which Bhola Nath’s legacy is a big part.

Over the last five years since the inception of this tribute event, Ajay becomes greatly emotional a few days before the show, flooded with memories of his father.

How Bhola Nath was a stickler for perfection, how he insisted on an early morning and late night riyaaz, how he would call out students who were making a mistake even when he was in the bathroom.... “His ears were trained to catch even the slightest aberration. It is not always about learning the new but unlearning the wrong, he told everybody,” says Ajay.

As a result, Ajay started playing professionally at age 8 and began travelling for performances by 12. Now after three decades in professional music and three Grammy Award nominations, he feels he has begun to gain stability that was his father’s virtue.

Ajay’s solo at the show will be a confluence of wind (flute), string (santoor) and rhythm (tabla). While his piece is dedicated to Lord Shiva, he says, it is also an extension of reverence towards his father in equal measure.

Bansuri Guru Pt Bhola Nath Prasanna, who was the recipient of the prestigious Sangeet Natak Akademy Award (UP), was also the guru of Padma Vibhushan Pt Hari Prasad Chaurasia. Till date, Chaurasia addresses his guru as a living entity because he believes his guru accompanies him everywhere. Therefore, he discourages the usage of the word, swargiya (posthumous).