Malcha Mahal: Last refuge of a reclusive prince to be preserved in Delhi

Officials said that under first phase, consolidation and conservation are proposed and the palace’s restoration would be taken up at later stage.

NEW DELHI: A dilapidated, 14th-century hunting lodge located in the central Ridge along the Sardar Patel Marg — Malcha Mahal —is set to get a face-lift as the state archaeology department has agreed to ‘adopt’ the historic structure built by Feroz Shah Tughlaq.

The building, hidden behind thick foliage, served as haven for reclusive descendants of the Nawab of Awadh or Oudh for about 32 years. 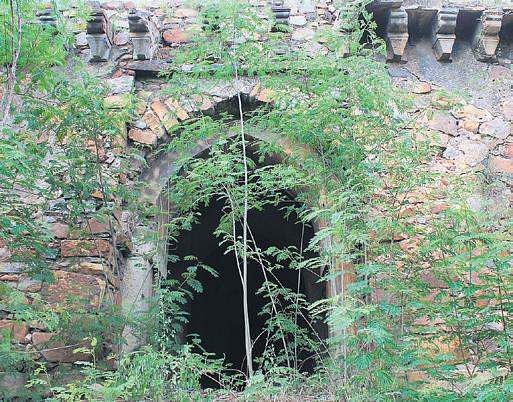 The government officials, aware of the development, said that the department had given in-principle approval to the conservation, which is to be carried out in collaboration Indian National Trust for Art and Cultural Heritage (INTACH).

Significantly, the Mahal is not in the list of protect monuments of Archaeological Survey of India (ASI) and state archeology department.

“The department has recommended ‘quick’ action on the proposal. Following the formal go-ahead, detailed project report (DPR) will be commissioned. The conservation work is expected to take off within a month,” said an official.

Its last royal occupant - Prince Ali Raza (Cyrus) died in September 2017 since then it is vacant, neglected, hence decaying to a wretched state.

Raza, along with his mother Begum Wilayat Mahal, sibling princess Sakina, 11 dogs, and a few servants shifted to the lodge on May 28, 1985.

The family was occupying the first-class waiting room of New Delhi Railway station for a decade before the Central government allotted the building — a palace for the royal family — bereft of water and power connection.

The palace, which is said to be haunted, derived its name from the village Malcha, where the structure was raised.

It remained inaccessible to ‘uninvited’ visitors all through the years till Raza was alive. He would occasionally meet foreign guests and journalists but no local was allowed to come near to the fencing of premises.

Officials said that under first phase, consolidation and conservation are proposed and the palace’s restoration would be taken up at later stage.

“The building has thick vegetation growth, which has damaged its significant portions. Pavilions at four corners have collapsed. After removing vegetation, fixing of stones, pointing, and flooring will be done in the beginning. Repairing of brackets and chhajjas will also be fixed,” said an official.

According to the individuals, privy to the proposal, the department will need pruning of trees in its surroundings to expose ‘hidden’ edifices. It may carry out excavation at the site too. “This was a hunting lodge, which is generally a big complex. There should be other structures in its vicinity.

Besides the main hall, a wall-like structure, located a just a few metres away, is visible. Cleaning or excavation at the site will require extra care as the area is inhabited by snakes and jackals,” said a heritage conservator.   To promote the structure, the department will install adequate illumination and signages to guide sightseers.

Officials said that a lot of  groundwork has to be done, including a steady water supply for the work for which help from New Delhi Municipal Council will be needed.

“If work begins in a month, it may take another 12-15 months to complete,” said the official.