Tune in with Tuhin

Born and raised in Chennai, Tuhin Mehta tryst with turntables began at the impressionable age of 12.

GET THIS: the man who entertained thousands at VH1’s Supersonic festival could have designed a piece of heirloom jewellery you own! It’s possible because Tuhin Mehta, a well-known electronic music artiste, at one point in his career used to double up as a jeweller. But, life took him on a different journey—where he went from working on the Earth’s most precious rocks to ‘rocking’ dance floors across the planet.

However, in an age where anyone can harness the power of frequencies with the flip of a switch—the art and science of playing records appears to have lost its charm. So, what sets apart a phenomenal DJ from a cookie-cutter impersonator? It’s their ability to read a room, tap into the hive mind of a grooving dancefloor, and gauge what tunes will guide them to their chosen transcendent destination. The truth is, there aren’t many artistes or producers in India who can do this better than Tuhin. 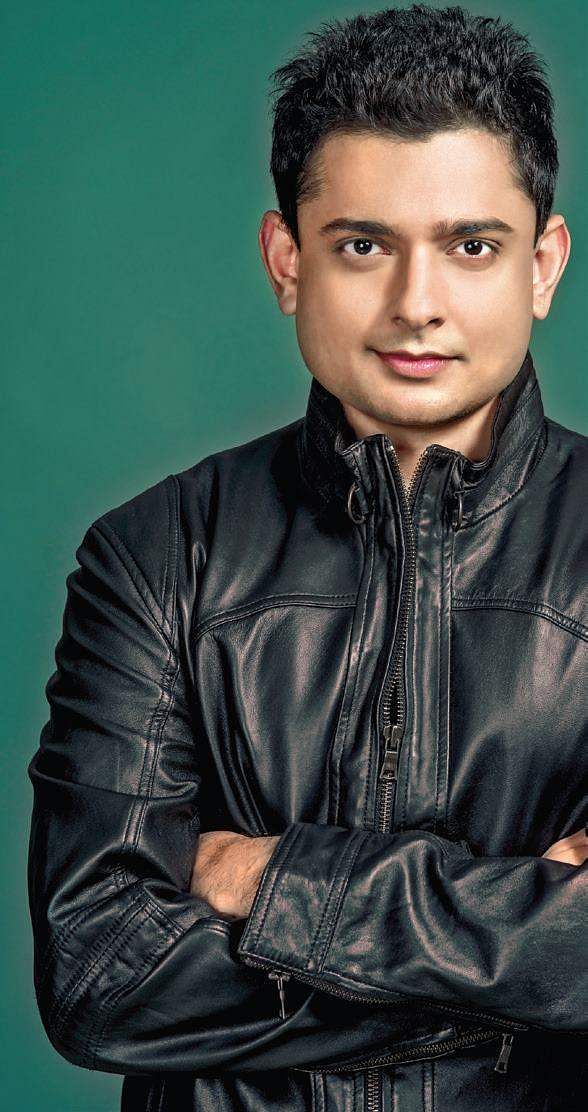 Born and raised in Chennai, his tryst with turntables began at the impressionable age of 12. “The Mehta household was always immersed in music,” explains Tuhin, over the phone from Albuquerque, New Mexico.  “My dad was a drummer in a band during his IIT days. So, car rides meant jiving to classics from Cliff Richard and Harry Belafonte. At home, Mom would play her eclectic tunes aloud all day too,” he adds. Growing up in the ’80s—a time before MTV, corporate conglomerates, and algorithms decided what you would listen to—discovering all these sounds resonated within him.

Ensorceled since adolescence those reverberations still hold strong, two decades later. Today, the 30-something is a professionally-qualified sound engineer from the world-renowned School of Audio Engineering’s city-based campus. Not to mention, an international ambassador to the prestigious Berklee College of Music.

Forged by basslines
“None of this happened overnight,” states the Ravey Gravy star, adding, “I started as a 16-year-old at various clubs in Chennai. They used to give me the late-night (think 2 am) slot because I wasn’t experienced enough back then. Eventually, I got exposed to playing different styles and reading the dancefloor.”

He has witnessed first-hand how the creative environment in India has transformed over the years. “The internet has pushed the boundaries amongst musicians. Nowadays, the listeners are aware of global trends and expect the same from regional artistes,” begins the SAE alumnus. “The trouble is, composers who tend to keep driving to the frontiers, experiment and outgrow the internet’s learning curve, ultimately hitting a wall because the audience still wants whatever the majority listens to,” he adds.

To overcome this very obstacle, Tuhin underwent a complete musical overhaul circa 2013. He shelved his tribal/tech-trance Brute Force project—where he co-produced chart-topping tunes like Arrival alongside Shane Mendonsa, son of famed Indian musical icon Loy Mendonsa—and embarked on a new symphonic direction, starting with a techno-influenced podcast called The Index.