A child’s formative years are also their most definitive ones. Make or break, one would argue. Forty-year-old Priyanka Raheja, the director of Fun Club, an experiential early learning institute in Hauz Khas, finds herself seconding the latter. Being an educator, she understands a child’s development between the ages zero and five. Her club is an articulation of this necessity that, through its liberal, dynamic and sensitive curriculum, cultivates parent-child interaction, language acquisition and socialisation after gauging every child’s specific needs. 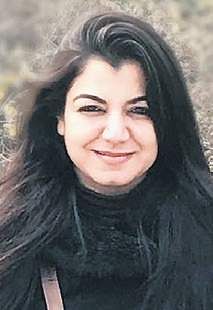 Raheja started as a silver jewellery designer in Greater Kailash. The ceiling drive, a few years back, made her shut shop. But her creativity got re-kindled when she reached out to educator Julia Gabriel, an acclaimed figure in early childhood education. A six-month training under her tutelage followed and Raheja fell in love with the process of tutoring little children on crucial life skills through creative means.
In October 2016, she launched Fun Club. “Ours is an initiative to encourage pre-literacy skills to make kids socially adept. Because they’re greatly receptive at this age, it’s easy to assimilate learning through play, drama and music,” she says.

Everything in the class is larger than life. Big posters, huge toys, large books with enormous illustrations, puppets, rhymes, songs, animated gestures and voice modulation to draw a child’s attention and make it stay to understand. “There is no pressure, no rule book for them. We allow a child to move around freely. Kids are encouraged to decide for themselves. We give voice cues and other stimulations but let them decide after touching, feeling, smelling and exploring. Mothers and fathers remain in the activity room as passive observers,” she says.

A parent we met in the class told us about how her child has begun to keep his toys in place at home, how he understands language cues more, how he grasps instructions better and that his hand and eye coordination has improved. “Kids learn a lot more through poetry, theatre, mime, puppetry, role-play, masks and storytelling,” says Veta Ratra, a  mother to a toddler.

Fathers are still missing from such programmes for the most part but Raheja thinks things are changing. The ratio is now 7:3 wherein the former is the attendance of mothers and the later of fathers. She remembers a time when there was a lot of reluctance but not anymore.

“Now they too find these classes as stressbusters and a chance to bond with their child and create impressions for a lifetime,” she says.

Know the educator
Raheja is passionate about the holistic development of children and has completed several specialised pieces of training, including certifications in child’s World Module and Edu-Drama from the Julia Gabriel Foundation validated by Trinity, London and Julia Gabriel Centre for Learning, Singapore. She is also into writing poetry and is trained in voice modulation techniques.

Stay up to date on all the latest Delhi news with The New Indian Express App. Download now