The Doers Club: A drink before dewar

Premium scotch brand Dewar’s has marched all the way from its home in Aberfeldy, tucked away in the highlands of Scotland, for a new Delhi pop-up.

NEW DELHI: Premium scotch brand Dewar’s has marched all the way from its home in Aberfeldy, tucked away in the highlands of Scotland, for a new Delhi pop-up. The scotch brand is “double aged” a craft unique to Dewar’s through which the liquid is aged, blended and aged again (for about sixmonths) to ensure a smoother drinker experience to end consumers. Its six months of extra aging give the blends more time to complement and know each other. 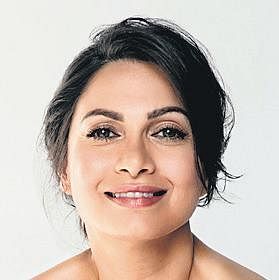 The Doers Club is the experiential property of Dewar’s and is an intersection of the double aged scotch, gastronomy, and playfulness. After two successful experiences with the double duos of stylist Rhea Kapoor and chef Pooja Dhingra as well as chef Vicky Ratnani and actress Esha Gupta in Mumbai, Dewar’s brought the playfully curated double themed highballs and gastronomy experience to the fine folk of Delhi. For this third phase, Dewar’s has brought together celebrity chef Maria Goretti and the brand ambassador of Dewar’s India and mixologist Greg Benson to curate a gourmet food and highballs experience titled ‘East India Bottle Masala and Double Aged Scotch. The pop-up was held at popular bar Sidecar, last weekend.

Goretti said, “I’m thrilled to associate with The Doers Club by Dewar’s. It’s been an absolute delight to combine Dewar’s scotch and My East Indian bottle masala. I have created a special menu using both for double flavours. Also being part of the celebration with the brand ambassador Greg Benson of Dewar’s India was a fun experience and I really enjoyed it.” The Doers Club connects with consumers who believe that socialising experience is more than just sitting down and enjoying a meal with cocktails – it’s about conversation, banter, stories, and meaning. Each Doers Club pop-up is ticketed and up for grabs for consumers across different cities at trending outletsand is accessible to real-time consumers and not only celebrities and influencers.

Commenting on the launch of The Doers Club in the Capital, Anshuman Goenka, Director Marketing of Bacardi India said, “At Dewar’s, we believe in curating experiences that actually connect with the younger, aware and inquisitive scotch consuming audiences of today. The brand’s clever playful tonality along with its unique ‘double aging’ value proposition has helped us to canvas experiences that are culturally relevant to our audiences and that alleviates the standards and the approach to a traditionally perceived scotch category. We were excited to collaborate with Maria and combine her love and craft of food with our drinks strategy to bring out a unique food and drinks experience.”

Stay up to date on all the latest Delhi news with The New Indian Express App. Download now
(Get the news that matters from New Indian Express on WhatsApp. Click this link and hit 'Click to Subscribe'. Follow the instructions after that.)
TAGS
Dewar scotch brand The Doers Club