Protesters, mostly women, had staged a sit-in protest that lasted for over 100 days at Shaheen Bagh against the Citizenship Amendment Act.

NEW DELHI: While many citizens and resident welfare associations have welcomed the Supreme Court’s observation on Shaheen Bagh, student leaders, activists and political parties have opposed it saying it was a move against ‘democracy’.

The top court on Wednesday, while hearing a batch of petitions against the anti-CAA protests at Shaheen Bagh, observed that no person or group of persons can block public places or roads to demonstrate their dissent.

Protesters, mostly women, had staged a sit-in protest that lasted for over 100 days at Shaheen Bagh against the Citizenship Amendment Act.

During the protests, commuters had to face difficulties as restrictions were imposed on the Kaindi Kunj-Shaheen Bagh stretch and the Okhla underpass, which were closed on December 15 last year. The area cleared in March this year due to the Covid-19 pandemic.

Reacting to the Supreme Court observation, Bilkis Bano, the 83-year-old woman who led the protests, said that it was not protesters but the police who blocked the roads.

“We sat on the side of a road leaving space for vehicles, school children and ambulances. It was the police that blocked the road and barricaded it stopping the traffic movement,” said Bano who named among Time’s 100 most influential people this year.

The Supreme Court also said that concerned authorities should assign a designated place for protest.

“Delhi University has a wall of democracy designated in the North Campus for students to raise their concerns. It’s a place where students and teachers protest but the varsity never listens. The Court is also trying to do something like that only,” said Lokesh Chugh, a National Secretary and media co-ordinator of NSUI.

“If a particular section of students, community or people feels cheated, they will raise their voices but the BJP government behind the judiciary system is trying to hide and suppress the voices of the democracy and the people,” he added. 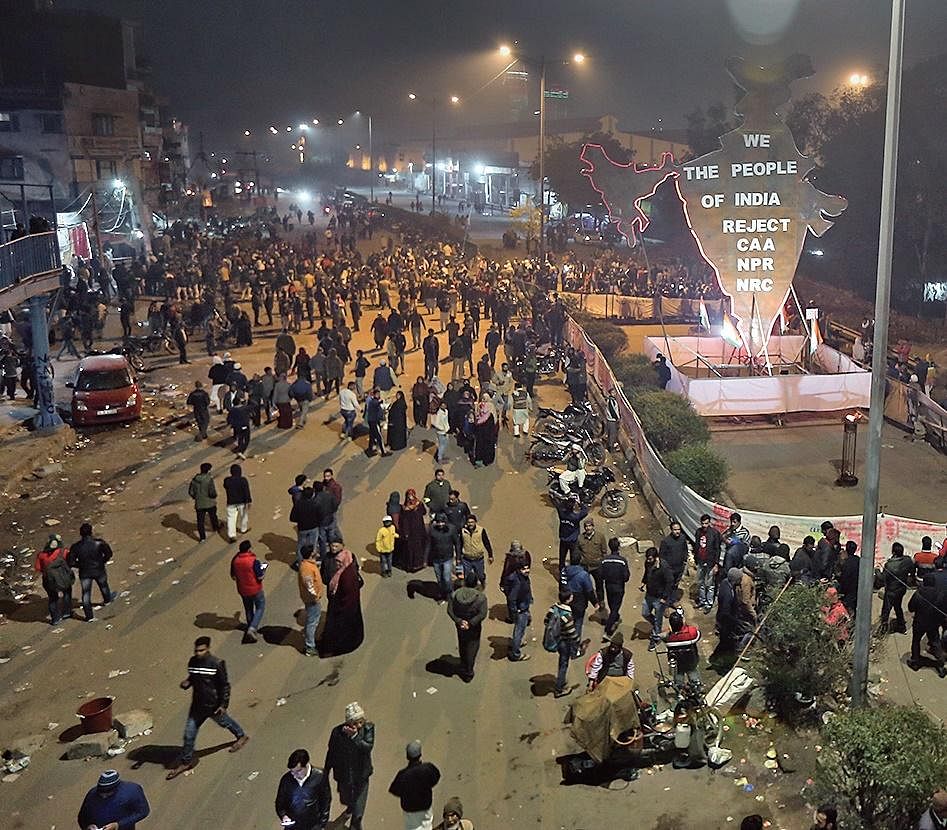 Abha Dev Habib, DUTA member and professor at Miranda House, said, “When roads are blocked for religious processions, marriages and function, then why they cannot be used for protest. Generally, no one wants to block roads or traffic movement. People block roads to show how the government has blocked their lives.”

During the Shaheen Bagh protest, the roads connecting Delhi-Noida were largely affected. People, including school children residing in areas such as Sarita Vihar, New Friends Colony, Sukhdev Vihar, Ali Gaon, Kalinidi Colony, Jasola had to suffer due to the road blockage and many had miss schools. Traders and market associations had also complained that the demonstrations hit their business adversely.

The RWAs had also held a protest calling for opening the roads. “It’s a very good decision. No one has the right to block roads. Lakhs of people suffered and our children could not go to school for months due to the protest. Police should take note of the decision and should not allow people to protest,” said Rajkumar Kaushik, President, RWA Madanpur Khadar.

CPI(M) leader Brinda Karat has approached the Delhi High Court challenging a trial court order which had dismissed her plea seeking an FIR against Union Minister Anurag Thakur and his BJP colleague and MP Pravesh Verma for their alleged hate speeches in relation to anti-CAA protest at Shaheen Bagh. The petition is likely to come up for hearing on Thursday.

Now we are on Telegram too. Follow us for updates
TAGS
Shaheen Bagh CAA Anti CAA protests Supreme Court