Polycystic Ovary Syndrome on the rise

The good thing is that PCOS is a lifestyle disorder, and treatable to a large extent by adopting good lifestyle habits such as proper diet, fixed time eat and sleep time, and daily exercise.

The lockdown affected a number of people, especially in areas of mental health and fitness. It has also affected women’s reproductive health – a topic that has not been highlighted enough. Cases of Polycystic Ovary Syndrome, commonly called PCOS, have seen a sharp rise since the lockdown began. 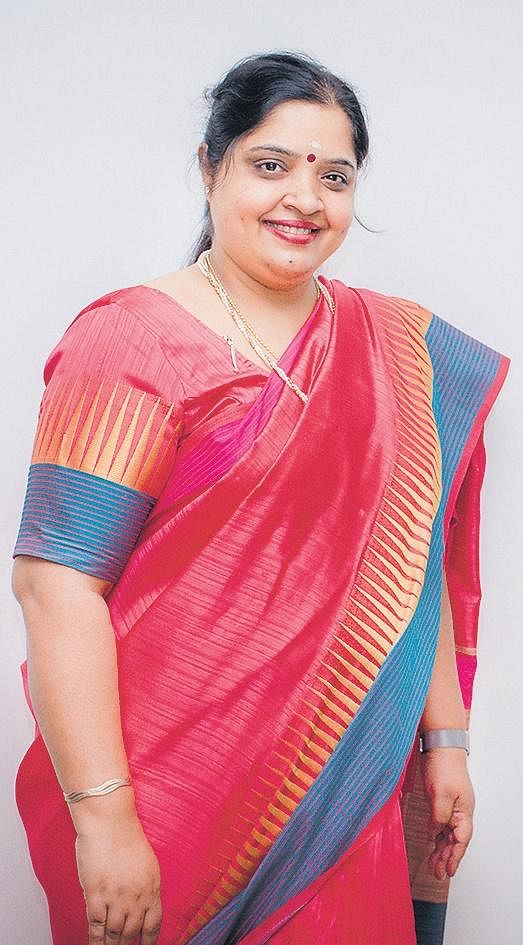 Stressing on the importance of maintaining good reproductive health, Dr Sundar states that while PCOS cases have been rising steadily over the last decade or two, lockdown accelerated the rise. Sedentary lifestyle increased the chances of relapse of PCOS in patients who had successfully battled the condition, and became increasingly severe in existing patients.

And the worst-affected are women healthcare workers who are working round-the-clock in the pandemic. “As they are bearing the brunt of stress and long working hours, not only are they facing issues like mask acne and period disturbances but also rising incidence of PCOS,” observes Dr Sundar.

PCOS is a common disease of the endocrine gland, but many women remain unaware of it, ignoring the symptoms like increased acne, facial hair, excessive weight gain to other lifestyle habits like consumption of oily food and lack of exercise.

“Females above the age of 15, who are facing any such issue must get an ultrasound and blood test done to detect if they have PCOS,” says Dr Anjali Sood, a gynaecologist practicing in Mayur Vihar, Delhi. “Women ignore their health without realising that it can lead to huge problems. PCOS, when ignored, might lead to endometrial cancer,” says Dr Sundar, adding that PCOS affects 5-10 per cent of Indian women in the reproductive age group and is prevalent in 15-20 per cent of infertile women. 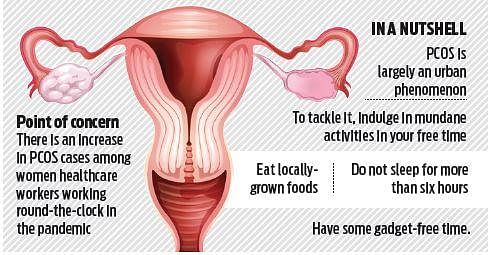 The good thing is that PCOS is a lifestyle disorder, and treatable to a large extent by adopting good lifestyle habits such as proper diet, fixed time eat and sleep time, and daily exercise.“Optimum weight is very important. Not just obese, but even extremely thin women have PCOS. So women must aim for optimising their weight and a BMI between 19-24,” says Dr Sood. “Meditation is very important for stress relief,” adds Dr Sundar, cautioning that you must not stress over losing weight or adopt shortcuts to do so. “It is not necessary to go to a gym. Begin with enjoyable activities like aerobics and dance,” agrees Dr Sood.

Now we are on Telegram too. Follow us for updates
TAGS
Polycystic Ovary Syndrome PCOS