With nine low-intensity earthquakes recorded in the Delhi region in the past three months, the Centre has deployed additional earthquake recording instruments for close monitoring of such activity.

NEW DELHI:  With nine low-intensity earthquakes recorded in the Delhi region in the past three months, the Centre has deployed additional earthquake recording instruments for close monitoring of such activity.
The nine earthquakes had a magnitude ranging between 1.8 and 2.9 on the Richter Scale and were located mostly in west, southwest Delhi, Rohtak, Sonipat, Baghpat, Bahadurgarh and Ghaziabad regions. 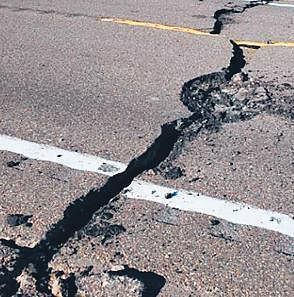 The National Capital Region of Delhi and its surroundings had experienced minor and small-magnitude earthquakes during April to August last year. The epicentres of these quakes were located in areas of N-E Delhi, Rohtak, Sonipat, Baghpat, Faridabad and Alwar.

The National Center for Seismology (NCS), Ministry of Earth Sciences had consulted a few experts. Additional earthquake recording instruments have been deployed for close monitoring of such activity and carry out field studies to characterise the subsurface structures using techniques such as Magnetotellurics (MT).

The earthquake monitoring is being done through 11 additional temporary field stations, which were installed during May and June 2020. These stations continue to function to detect precise location of earthquakes for a better understanding of the causative sources. These also provide data in near real-time for locating earthquakes.

The MT survey involves measurement of the time-varying electric and magnetic fields to determine the distribution of electrical conductivity in the subsurface. It has been carried out in collaboration with the Wadia Institute of Himalayan Geology (WIHG), Dehradun, across the Moradabad Fault and Great Boundary Fault (in the Bareilly and its surrounding area).