He also said that the country needs to be protected against what he called andolanjeevis or those who survive on, by and for protests.

Many may differ with the central government on the issue of its attitude towards the farm laws and the farmers’ agitation, but several among them may still be on the same page with Prime Minister Narendra Modi on the latter’s jibe about andolanjeevis, that is those who live by agitations. Prime Minister Narendra Modi while speaking in parliament in the last week appealed to the agitating farmers to end their protest and come forward to discuss their demands. He also said that the country needs to be protected against what he called andolanjeevis or those who survive on, by and for protests. 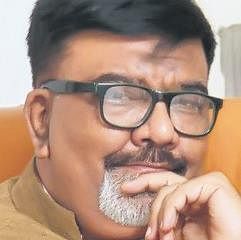 The Prime Minister went onto define them as andolanjeevis, who could be seen in every agitation and that the country needed to be protected from such people, who were actually parjeevi (parasite). When the Opposition tried to get even with the Prime Minister on the issue, he was quick to clarify that the farmers’ movement by andolankaris (agitators) was pious but there was no denying the fact that there are some who were trying to make a living out of this agitation — the andolanjeevis and parjeevis.

Some of the Congress leaders including its former president Rahul Gandhi and former finance minister P Chidambaram tried to equate themselves with andolanjeevis and also call Mahatma Gandhi an andolanjeevi. In a post on microblogging site Twitter, Chidambaram wrote, “I am a proud andolanjeevi. The quintessential andolanjeevi was Mahatma Gandhi.” One has to disagree on this count with Chidamabaram as Mahatma’s personality certainly doesn’t come under the ambit of andolanjeevi as defined by the Prime Minister.

First and foremost, Gandhi practiced the tool of Satyagraha for agitation. Gandhian Satyagraha is closure to conflict resolution discourse.  Through the principle of non-violence, Mahatma Gandhi introduced the technique of resistance. Many thinkers world over have turned to the thoughts and methods of Gandhi to look for solutions. Thus, many countries witnessed popular movements for freedom, equality and peace, which drew inspiration from Gandhi. The Civil Rights Movement, led by Martin Luther King Junior in the USA and anti-apartheid struggle in South Africa under the leadership of Nelson Mandela reinforced application of Gandhian Philosophy in resolving or transforming conflicts.

While Gandhi regarded Satyagraha as a way of life, however, in the context of the ongoing farmer’s agitation it should be remembered that Gandhi conducted the Satyagrahas at Champaran and Bardoli not only to achieve material gains for the people, but also to resist the unjust authority of the then British regime. A marked difference from Champaran-Bardoli to Ghazipur-Singhu is that the famers in the case of the latter are protesting a law made by a democratically elected parliament, whereas in the case of the former it was the regulations promulgated by colonial regime.

The government can be faulted for not being sufficiently persuasive to make farmers accept the laws but has also so far desisted from being aggressive to force submission to the law. Mahatma Gandhi preached and practiced a very Spartan life-style, which also was integral to the protocol followed during all his agitations. The same cannot be said about the present farmers’ agitation, which is closer to the Sikh traditions and cultural milieu of struggle than Gandhian protests.

And it is in this context that the andolanjeevis, who try to self-issue a license for every agitation validating it on the Gandhian principles, need to get a rap on their knuckles. The current farmers’ protest is a particular economic community and region-specific agitation and it should remain that way. The government, too, is responsible for the present standoff and undoubtedly the perennial agitators are using the situation to their advantage.

Now we are on Telegram too. Follow us for updates
TAGS
farm laws