Disorder of Sex Development, other sub-types quite common, experts say

The cases of intersex children or adults is not uncommon. Disorder of Sex Development (DSD) involves True Hermaphrodites-where a person looks like male, but genetically is female and vice-versa, and o

HYDERABAD: The cases of intersex children or adults is not uncommon. Disorder of Sex Development (DSD) involves True Hermaphrodites-where a person looks like male, but genetically is female and vice-versa, and other sub-types, medical practitioners said. While some people are detected of DSD soon after birth due to ambiguity in determining sex going by external genital organs, the situation is detected later in many cases. 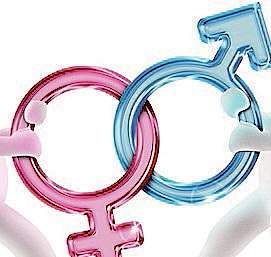 On Friday, a 37-year-old man who got admitted for Hernia at Gandhi Hospital, was found to have ovaries, fallopian tubes inside his body. The man has two children. Biopsy samples were sent to determine dominant hormones in him.
Apart from True Hermaphrodites, there are sub-types in DSD such as Congenital Adrenal Hyperplasia (CAH). Medical practitioners said that treatment of the condition, success rate of corrective surgeries, whether the intersex person would be able produce children after surgery, are subjective depending on the case.

“In case of True Hermaphrodites, externally a person might be male, but genetically they are female, or externally they are female, but genetically male. Apart from this, there are around 10 forms of disorders such as Gonadal Dysgenesis which is also called as Ovotestis,” said Maruti CH, a consultant paediatric surgeon.
When asked why are the disorders detected later in life of some patients unlike others who are detected of it soon after birth, a consultant gynecologist at CARE Hospitals, Vindhya Gemeraju said that if external genital organs develop properly, they do not go for examination. The tests are taken up after birth only in case of ambiguity. Patients or their family members are informed of the situation in phase-wise manner rather than informing them of the disorder upfront, said Vindhya. In case of a minor who has to be performed corrective surgery, permission taken from parents who will decide sex of the their child.