TV 9 journalist Taruna Taurani gets the rare opportunity to interview the stars of the Hollywood movie ‘Passengers.’

TV 9 journalist Taruna Taurani gets the rare opportunity to interview the stars of the Hollywood movie ‘Passengers.’ She gives us a glimpse of the protocols of their movies while drawing parallels with our very own Bollywood stars

HYDERABAD: Having grown up on a daily dose of CNN and Fox News, it was always my dream to explore and experience the US. As a lifestyle and entertainment journalist with TV9, I had access to the best in the country. But I would ask myself, will I ever be able to say ‘This is Taruna Taurani, reporting from Los Angeles’. Ha, all this without even having a visa! I guess my bucket list for 2016 reached the higher ups and one foggy morning in December, my boss Ravi Prakash called to say if I would want to interview Chris Pratt and Jennifer Lawerence from the Hollywood movie Passengers,  a romantic science fiction thriller directed by Morten Tyldum and written by Jon Spaihts. I smiled wide. Then I fell off the chair when he said I would be going to Los Angeles for a one-on-one. 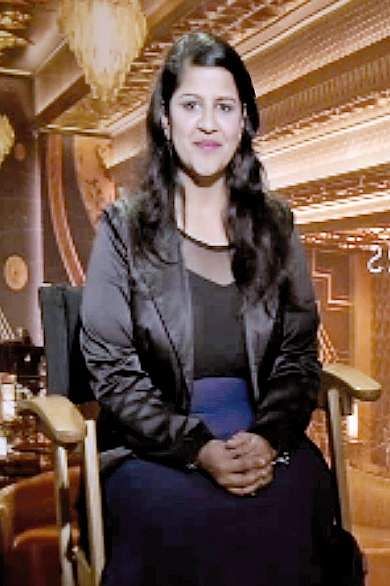 After a five-day wait for my visa, I left for LA on December 9 for a four-day whirlwind trip. The glorious streets of the City of Angels were waiting for me with open arms. I was feeling lucky and at the top of the world.The day I landed, I watched the premier show in a huge theatre at a screening especially for the media. All journalists signed a professional embargo saying we won’t reveal the story as it was yet to be released in India as well as US. The big budget film starring Jennifer Lawrence and Chris Pratt starts off with a giant starship with 5,000 passengers in suspended animation who will open their eyes after 120 years .They travel to a fresh and beautiful planet where life begins again.
After the preview, I went back to my room with a private balcony at the Beverly hills and the most surreal moment was when I got to watch the sunset down the valley. LA is known for its glorious and surreal dusk. The city was buzzing with the positive vibes of creative minds, glamorous faces and talented people.

Next day, the studio was set up in a eight-star hotel room with a motion backdrop and Sony cameras. Two cameras with the best lens focussed on us. I could not really gather the tech specs as Chris, my cameraperson for the shoot, with his Hrithik Roshan-like looks distracted me.  Six minutes is all I was allotted, but I packed in the most.
There were a host of documents to be filled and signatures to be done. The security officers reeled off the rules. No selfies, no autographs, no phones. Ouch! The international media comprising journalists from Brazil, The Philippines and LA were present. I was the only from south India! We all interacted over coffee for an hour.

As my turn came, I walked confidently although I am sure the entire room could hear my  fast heartbeat. I was used to interviewing Bollywood biggies who are sweet  and pose with fans or journalists and sign autographs. In Hollywood, stars are friendly,  but due to professional limitations, they are not allowed to click pictures with anyone.
I started off asking them about their travel as the ‘passengers’ in the film. The answer was interesting with Chris explaining the memorable moments at Atlanta where the sets were actually built (and not graphics).

Jennifer, with her chirpy smile, whistled at Chris spoke. Their offscreen camaraderie was palpable. Jennifer, the X-Men: Apocalypse star,  said she felt blessed to be a famous youth icon who is enjoying the fun and success as the highest paid actress.
Both of them also spoke about the transformation as actors and human beings. The team gave us the interview footage immediately. This was precious as every journalist wants to put out their story at the earliest.

The stars had a great sense of humour and instantly put me at ease. There were about 10 people around us who were ensuring that no one was asking for autographs, clicking pictures on the sly or ask spoiler questions before the release.
Even journalists were not allowed to hug the stars. The actors were cordial with no starry airs. But I was sure suspended like a star in the air for the next few hours after Chris complemented me saying “You are very original.” Thanks Chris, that made my day and perhaps my
year too.