The Telangana government told the Hyderabad High Court that the allegation that the slain gangster Nayeem had ties to the police and politicians from all parties was not correct.

HYDERABAD: The Telangana government told the Hyderabad High Court that the allegation that the slain gangster Nayeem had ties to the police and politicians from all parties was not correct.
The state government said that a special investigation team (SIT) was investigating the gangster’s activities. 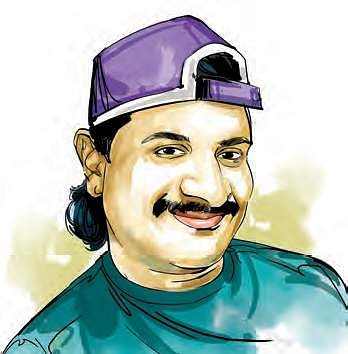 They added that there was no need to entrust the investigation to CBI since there are no national or international ramifications to it. The government added that so far no evidence is found that Nayeem is alleged to have had links with various Naxal outfits operating in other states. An investigation has been completed and further investigation is under progress by four teams appointed for the purpose.

The SIT team under the leadership of Additional DGP is working briskly on the activities of Nayeem and his gang, it noted.

Denying the allegation that SIT is conducting probe as an eye-wash and to protect the alleged politicians and police who were linked with Nayeem, it said that a number of persons are still coming forward before the SIT claiming to be victims of the accused.

It is found that Nayeem acquired land and properties in his name and in the name of associates at various places in the state and outside the state and the matter is under investigation, it added. In this regard, the government, represented by principal secretary to home Rajiv Trivedi, filed a counter-affidavit in a Public Interest Litigation (PIL) filed by CPI leader K Narayana seeking a CBI probe

The CPI leader alleged that the investigation by SIT has not made any breakthrough in the case and the reason cited is that many top senior IAS, IPS and politicians had ties to the gangster which led him to build up a vast empire. People are not able to get a hint as to what is happening in the case for a considerable period of time, he said.

Stay up to date on all the latest Hyderabad news with The New Indian Express App. Download now
TAGS
Nayeem Telangana gangster