HYDERABAD: In the present age, trade in Hyderabad has changed from rich Diamond market place from around 1600s to technology driven business. For more than 100 years, trade of diamonds flourished in Golconda under Qutb Shahi rulers.

City based historians said that most of the famed diamonds in the world are Golconda diamonds and even to this day, the diamonds are worth three to five times the estimated price.
It is 425 years of Hyderabad. More than 410 years ago, apart from pearls, spices, textiles, trade of diamonds attracted people from different regions. 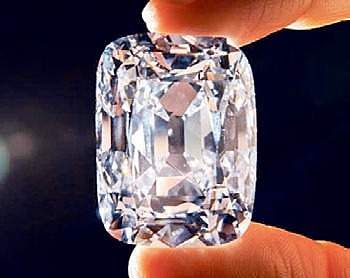 The city based historians said that diamonds were found in Wajrakarur in the present Anantapur, Kollur of the present Guntur, and other places around Krishna river. Some of the famed Golconda diamonds are Koh-i-Noor, Darya-I-Noor, Hope, Sancy, Shah, Orloff and others.

A historian, Mohammed Safiullah, said that such was the trade that the estimated output from all mines under Golconda was estimated to be around 12 million carats. “Qutb Shahis made fabulous wealth out of diamond trade. It started from Bahmani rule and extended into the Qutb Shahi’s,” Safiullah said.

Convenor of Hyderabad chapter of INTACH, P Anuradha Reddy, said that the trade of diamonds was rich in Golconda, since the rulers were progressive in support for the trade. “Qutb Shahis came from Hamedan of Iran. They were of Iranian-Turkish origin and were progressive in trade,” Anuradha Reddy said that provisions were made for traders to stay here. Not only diamonds, people came to Golconda to deal with pearls, spices, textiles and other commodities.