A 27-year-old medico killed herself by mixing an anesthetic in a saline bottle and injecting it into her veins as her parents had allegedly not allowed her to marry her boyfriend.

HYDERABAD: A 27-year-old medico killed herself by mixing an anesthetic in a saline bottle and injecting it into her veins as her parents had allegedly not allowed her to marry her boyfriend.  The woman identified as B Sravani (27), a native of Neredcherla village in Miryalaguda mandal, was studying a first-year PG student at Osmania Medical College and was staying at Jambagh with her classmate Ooha. 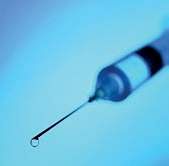 Around 7 pm, Sravani’s mother called her on her mobile phone. After getting no response, she called Ooha. When Ooha reached home, she found the flat locked from inside. On peeping through the window, she found her friend lying on a bed with saline injected into her veins.
With the help of neighbours, Ooha broke open the door and rushed Sravani to Osmania General Hospital, where doctors declared her brought dead.

Afzalgunj inspector C Anjaiah said that the woman was upset over her parents non-approval of herboy friend.
A case of suspicious death has been registered and the body has been sent for autopsy to Osmania General Hospital mortuary, the inspector added.