Dastangoi in the time of immigration

HYDERABAD: Dastangoi has new demons to tell the world about. It has attained a new form of narrative where jinns, fairies and Tilism-e-Hoshruba do not exist, instead the raconteurs of this ancient art form of oral story-telling chronicle the morbid state of immigrants, their identity crisis, the deportation and the related psychological trauma they go through. Get ready to watch such dastangoi live in the city by Canada-based Indian theatre-artiste, poet and playwright Jawaid Danish who is visiting the country for his multi-city tour. In his dastans, you get to hear an immigrant complaining: “Achhi bhali rotiyan paka raha thha Meerut mein,” to prophetic references of swallows that don’t carry pebbles in their beaks to drop on invading
soldiers. Excerpts: 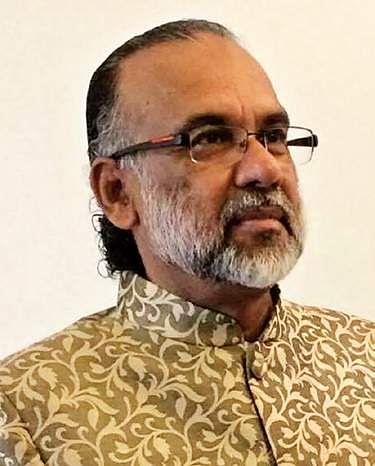 As an immigrant-artiste yourself how do you feel in a foreign country where neither the climate nor the culture is same?
Migration is not just moving physically from one country to another. It  is an experience which dwells  between problems and pleasures. It is an international movement of people into a destination country of which they are not native. While migrating, some fortunate ones get early settlement. But most of the time, it brings trials and tribulations and are ground between two cultures and traditions. But patience and acceptance of the host country adds to the peaceful coexistence. Canadian multicultural ministry guarantees new immigrants to practise their faith, and maintain their cultural heritage.

Justin Trudeau said: “We need poets to change the world.” Do you see hope for South Asians artistes/poets/authors?
Yes, of course, there’s hope. But there’s a process. As an immigrant artist you have to begin from the scratch and have to be patient enough to make your voice heard.

How did theatre happen to you?
Theatre is a gift to me from Kolkata where I grew up. While studying at St. Anthony’s School, I was associated with stage plays and it continued even when I went to Aligarh Muslim University (AMU) for graduation. In the 70s, I migrated to Canada. There was not much in theatre by Asians in that country. Everybody came to inhale that ‘clean air’. When I was in India, I began writing  plays and my first book of plays ‘Hijraton Ke Tamashey’ in Urdu in 1990. As the name suggests, it is on the immigrants from South Asia to The West. Back then and even now there are hardly any book of plays on Indian diaspora. On a world level, there’s not much that has been translated into Urdu especially literature from Central Asia. I did translation of Jewish and Palestinian plays in Urdu named ‘Ek Baap Ki Aulad’. I even wrote about the psychological problems that immigrants face and named the book ‘Chalis Baba Ek Chor’.

How did this journey from theatre to dastangoi happen? What stories of immigration do you choose for your audience?
Dastangoi, too, is theatre with minimum stage requirement. I was exploring story-telling history and realised that though there is good work happening in Delhi by a few talented dastangos, no one was talking about the contemporary crises or issues. That’s when I thought why not tell stories of the immigrants and began with the ‘Dastan Hijraton Ki’. It was a hit.
For example, In my play ‘Hijrat ke Tamaashe,’ the plot is of new immigrants meeting one another in a community centre. Two social workers ask the new immigrants to tell their stories to their counterparts and share their old problems and solutions. We hear eight different stories which give the message that it is entirely up to the individuals, how fast they embrace the culture, and be part of the new country.

How do the Canadians, both immigrants and the locals, as
audience take Hindustani drama?
I started RangManch-Canada, a theatre organisation, 25 years ago. I Indianised the plays presented. In 2004, we started Hindustani Drama Festival as an yearly event. We perform plays in several Indian languages like Telugu, Tamil, Bengali, Gujrati and even Sanskrit. The idea is to break the language barrier. And the people really connect to the themes. The Canadian citizens see the other side of the story. That’s how I was chosen as one of the 12 special persons of Pickering city, where I live. And it was an honour for me as they present this award to a citizen who makes remarkable contribution to the country.

Deportation poses a serious threat to the mental health of immigrants especially children, do you see any solution as an artiste?
After Trump closed the gates for the entry of immigrants from six countries, it was Canada that accepted around 25,000 refugees. EI feel that if all countries deal with the influx of immigrants with peace and reason, there will be less trouble in the world and people won’t end up in mental hospitals.

Do you use humour in your
narration? How do you dilute the darkness of such issues?
I always use humour, in fact satire, to dilute the dark naration for the problems and pleasures of immigrant tales, both in my plays and also in dastangoi. The title of my award winning Book ‘Hijrat Ke Tamashey’ narrates plays of migration. Immigration for me is like a marriage of two parties or destinations.  Just like compromise is the key element in any marriage, similarly compromise is needed by the people moving to a new country.
I strongly believe that in this age of chaos and confusion, Theatre is a great source of comfort and healing.